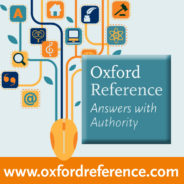 Since the end of the Second World War and the founding of Israel in 1948, the Middle East has been a bastion for the world’s economic, political, and religious tensions. From its economic hold on energy consumption to its complicated, generations-long military conflicts and its unfortunate role as a hotbed of terrorism, the volatile politics of the Middle East have had and will continue to have global implications into the future. Below, we’ve assembled a chronology of the most essential prime ministers, presidents, generals, and religious leaders that have driven Middle Eastern politics since 1948, some of whom will continue to influence international relations as time goes on. Featured image credit: “Oil well fires rage outside Kuwait City in the aftermath of Operation Desert Storm. The wells were set on fire by Iraqi forces before they were ousted from the region by coalition force” by Tech. Sgt. David McLeod. Public Domain via Wikimedia Commons.

Steven Filippi is a Marketing Assistant at Oxford University Press. This infographic was formulated using A Dictionary of Politics in the Middle East (ed. Kristian Coates Ulrichsen), which can be found on Oxford Reference.