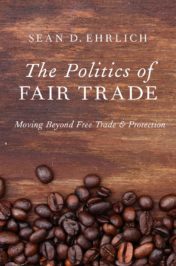 The Politics of Fair Trade

Trade policy was a cornerstone of US President Donald Trump’s campaigns, both in the primary and general, and has often been a centerpiece of his agenda since in office. Trade policy is once again at the forefront with the recently concluded G-7 summit, largely revolving around the President’s threatened steel tariffs on Canada and the EU which followed recent negotiations with China over a possible trade war. The President himself has been talking and tweeting about trade a lot recently.

Despite all the attention Trump has paid to trade and observers have paid to his policies and statements, we still only poorly understand that policy and we sometimes completely misunderstand it. Most importantly, we sometimes mistakenly view his trade policy as an ideological aberration. During the campaigns, it was common to see Trump’s trade policy compared to Senator Bernie Sanders’, and even used to claim Trump was running to opponent Hillary Clinton’s left. During his presidency, Trump’s trade policies have often drawn support from unlikely sources usually associated with the left.

This misunderstanding derives from two related mistakes. First, trade policy preferences are arrayed along a single dimension from support for free trade to support for protection. Second, this dimension is believed to be correlated with the standard left-right dimension such that protectionists are viewed as further to the left than free traders. However, trade has always divided both the right and left in the US (and often elsewhere), and trade policy has always been more complicated than merely being a debate between free traders and protectionists.

While it is true that Democrats have been, on average, more protectionist than Republicans since the 1950s, there have always been supporters of free trade among Democrats and opponents of trade among Republicans. To see the former, we only need look at Democratic presidents over that time span, each of whom championed the expansion of trade such as Bill Clinton signing NAFTA and Barack Obama negotiating the TPP. While the left wing of the Democrats often opposed trade, moderates tended to be more supportive. Most Republicans have been free traders over this same period, but notable exceptions, usually on the far right, have existed even before Trump such as Pat Buchanan.

That left-wing Democrats and right-wing Republicans have both often been the most opposed to trade should have been a clue that trade policy is not simply a single ideological dimension from right to left. In fact, it’s not a single dimension at all. Rather, opinions on trade are arrayed along the political spectrum. Other dimensions also exist, such as a security dimension and on a fair trade dimension. At one end of the fair trade dimension are people who support limits on trade for ethical reasons, namely that they worry about the effects of trade on labor rights and the environment abroad. While we normally think of labels on coffee when we think of this type of fair trade, the concept also includes such policies as bans on imports made with child labor or opposition to free trade agreements (FTAs) with countries with poor standards.

…opinions on trade are arrayed along the political spectrum.

Policymakers and the public can exist anywhere on each of these dimensions and their placement on one dimension does not determine their placement on the other. If we assume that people either support or oppose each dimension, this leads us to four policy orientations. Free traders oppose all limits to trade, whether for protectionist or fair trade reasons. Fair traders support limits only to protect labor rights and the environment abroad. Pure protectionists support limits only to protect jobs and/or the domestic economy. Anti-traders support all limits to trade.

This helps us to understand Trump’s trade policy. Although much of Trump’s political support came from wealthier individuals who traditionally support Republicans (and free trade), an important constituency, especially in the primaries, were white working class voters, who often opposed trade for reasons of economic nationalism as well as self-interested concerns about their jobs. Trump appealed to these constituents in ways his primary competitors within the Republican Party did not because he himself holds these economic nationalist positions as illustrated by his campaign slogans “Make America Great Again” and “America First.”

This nationalist perspective distinguishes Trump from left wing critics of trade, like Sanders. Both expressed concerns about jobs in the US, but while Trump’s exclusive focus was on the domestic effects of trade, Sanders also expressed concern about conditions abroad. Despite the superficial similarities between their positions, the multidimensional approach helps us realize the major differences between them. The multidimensional approach also helps us to distinguish the Democratic presidents who supported FTAs—but who fought to include labor and environmental side agreements in them—from Republican leaders who usually opposed these side agreements while supporting the underlying FTA.

By looking at trade from a multidimensional perspective, we can better understand why President Trump has taken the trade positions he has and where those policies fit on the ideological spectrum. It also makes clear that trade policy is more complicated politically than often imagined, since we can’t just talk about free traders vs. protectionists, but must also consider fair traders—who are neither—and different types of protectionists.

The agonies of the Multilateral Trading System