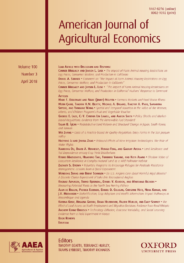 Blooms bring to mind the emerging beauty of spring—flowers blossoming and trees regaining their splendor. Harmful algal blooms (HABs), however, bring to mind a toxic blue-green body of water and possibly a creature from the deep. These blooms, unlike spring flowers, are odorous, unpleasant, and potentially toxic. They can turn a fresh fish sandwich into a trip to the emergency room. They deter families from engaging in water-related recreational activities such as going to the shore. They discourage anglers from going fishing, which, in turn, affects those who depend on the local fishing economy.

The amount of harmful algae has rapidly increased in recent decades and it has adversely affected ecosystems from the Great Salt Lake, to the Great Lakes, to Great River, NY, and beyond. Runoff from crop and livestock production has increased the amount of nitrogen and phosphorous in water, which has led to eutrophication—where plants grow, but fish die due to lack of oxygen. This process has had various negative impacts across space and time. In Lake Erie, a significant and ever-growing hypoxic zone (an area with low or no dissolved oxygen) has grown. This jeopardizes the local fishing industry and the livelihoods of those who depend on it. Mitigating the risks uses a lot of resources. The Ohio Environmental Protection Agency (EPA) estimates that it costs approximately $3 billion per year to deal with algal toxins in Ohio’s public water systems. In addition, these toxic bacteria pose public health risks to humans and animals—in 2010 alone, there were 9 probable or suspect illness cases from Lake Erie water.

Dubbed the “Walleye Capital of the World,” Lake Erie supports a $1.5 billion sport fishing industry for over two million anglers searching for world-class walleye. Economic researchers have long relied on surveys of recreational users to determine willingness to pay for cleaner water and less harmful algae. We surveyed 767 Ohio recreational anglers about how their choices of Lake Erie fishing sites would change in response to changes in water quality attributes. We asked anglers to choose their favorite hypothetical fishing site, characterized not only by conventional water quality attributes, such as walleye catch rates and water clarity, but also a new measure of HAB intensity—miles of HABs the anglers have to boat through before reaching their preferred fishing destination.

What are the economic impacts of HABs on US recreational anglers in Lake Erie? Findings demonstrate that anglers are willing to pay $8 to $10 more per trip for one less mile of boating through HABs en route to a fishing site. In addition, we find that anglers are willing to pay, on average, $40 to $60 per trip for a policy that cuts upstream phosphorus loadings by 40%. The majority of benefits for anglers result from improving the fishing experience, notably water clarity and HAB reduction, as opposed to better chances of angler success. This, in part, is due to the fact the fish will circle around the edges of the hypoxic zone so catch rates actually may not decline in lakes with more algae.

This research makes several contributions to understanding the valuation of ecosystem services. First, it demonstrates that HABs lower recreational anglers’ personal well-being. Second, it estimates the recreational anglers’ willingness to pay for HAB reduction above and beyond conventional water quality measures. This suggests that only using traditional water quality measures, such as water clarity or catch rates, could lead to an underestimate of benefits to the anglers and the industry. Third, the economic improvements of nutrient reductions are mainly manifested through the non-catchable component of the fishing experience (rather than changes in walleye catch rates).

HABs have severely compromised recreation opportunities, public health, and safe drinking water. Unfortunately it is not just in large lakes like Lake Erie, it is increasingly present in local lakes and streams as well. Families now must pay attention to HABs and watch for beach or lake advisories, especially during the summer and early fall. Luckily, NOAA now has weekly HAB forecast program for Lake Erie, Gulf of Maine, as well as the Pacific Northwest. Check these forecasts before planning your fishing or boating trips, and monitor for the red diamond “Elevated Recreational Public Health Advisory” signs, or review a check-list for what to do if you have a pet that has been in contact with HAB materials.

Wendong Zhang is an assistant professor in the Department of Economics at Iowa State University. He is an applied economist and extension farm management specialist who is interested in land use, land management, land values and land ownership in the agro-ecosystem, as well as the interplay between agriculture and the environment with a focus on Lake Erie and Upper Mississippi River Basin agro-ecosystems.

They are the authors of the article 'Do US Anglers Care about Harmful Algal Blooms? A Discrete Choice Experiment of Lake Erie Recreational Anglers' in the American Journal of Agricultural Economics.