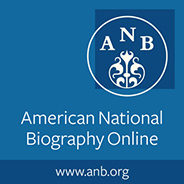 Biography matters. From missionaries to musicians, social workers to statisticians, cowboys to chemists, and Vikings to astronauts, the portraits in the American National Biography Online (ANB) reflect the rich diversity of American life from pre-colonial times to the present day. Discover the lives of more than 19,000 men and women - from all eras and walks of life - who have influenced American history and culture.

John F. Kennedy stated that “When power narrows the areas of man’s concern, poetry reminds him of the richness and diversity of his existence. When power corrupts, poetry cleanses.” Poetry attempts to reclaim awareness of the world through language, an entirely human construct that can only be pushed so far but one that is pushed repeatedly and necessarily in order to articulate what it means to be human. Throughout American history, LGBTQ poets have explored myriad themes including identity, sexuality, and historical and political landscapes, in order to comprehend and chronicle human experience.

We collated some of America’s most revered and influential LGBTQ poets to depict the evolution of America’s poetic writing and assert Walt Whitman’s claim that “The United States themselves are essentially the greatest poem.”

With hopes of being a poet from his earliest adolescence, Crane was an avid student of the emerging schools of modernism. He stated that a “poem is at least a stab at the truth.” His most famous work, The Bridge, was first published in 1930. The poem navigates through American history, returning the reader to contemporary New York with the Brooklyn Bridge becoming the mystical realization of the New Atlantis. Through his commitment to his poetic vision, influencing some of the most prominent writers in history, he has come to occupy an enduring place in the American literary canon.

Instead of writing poetry in the confines of conventional meter and rhythm, Whitman’s poetry reflected the patterns and pace of Americans and American life. Best known for his collection Leaves of Grass (1855), Whitman focused the poetic eye, for the first time, on ordinary people as they pursued their daily lives, opening with a celebration of the poet as representative of all humankind. Whitman’s central theme is that the body stands equal to the soul and that all its individual parts are worthy of expression and celebration. Whitman is considered one of the greatest American poets and a key figure in the influence over 20th century American poetry.

Bishop entered the Vassar College class of 1934 and began an underground literary magazine, Con Spirito, a more socially conscious publication than the legitimate Vassar Review. At Vassar, Bishop came to see poetry as an available, viable vocation for women. Her first collection North and South introduces the themes central to Bishop’s poetry: geography and landscape, human connection with the natural world, questions of knowledge and perception, and the (in)ability of form to control chaos. Her second collection, A Cold Spring, won the 1956 Pulitzer Prize and positioned Bishop as “one of the best poets alive.”

As a freshman at Columbia University, Ginsberg became part of a diverse (now legendary) group named the “Beat Generation”, referring to their shared sense of exhaustion and feelings of rebellion against the general conformity, hypocrisy, and materialism of wider society. Ginsberg felt that the poet’s duty was to bring a visionary consciousness of reality to his readers. Howl and Other Poems was published in 1956, for which a number of individuals were charged for publishing and selling work considered obscene. The American Civil Liberties Union defended Ginsberg’s poem in a highly publicized obscenity trial, which concluded when the Judge ruled that the work had redeeming social value.

Hilda Doolittle, who later established herself as “H.D.”, was sensitive to the defining nature of her gender. This became symbolic of the struggle for her own identity that she faced both as a woman and writer throughout her life. She became a patient of Sigmund Freud during the 1930s in order to understand and express her bisexuality, writing, and spiritual experiences. She became an icon for both the LGBT and feminist movements when her writings were rediscovered during the 1970s and 1980s. H.D. is now regarded as a major and versatile poet, whose exploration of her identity as both woman and artist is central to an understanding of literary modernism.

Hughes entered Lincoln University in 1926 as an already award-winning poet. For developing artistic and aesthetic sensibilities, Hughes credited those people he admiringly named the “low-down folks.” He praised lower classes for their pride and individuality, stating “they accept what beauty is their own without question.” The variety and quality of his achievements in various genres gave him a place of central importance in 20th century American literature. His vision was both experimental and traditional, rejecting artificial middle-class values, and promoted emotional and intellectual freedom. He also demonstrated that African Americans could support themselves with their art both financially and spiritually.

In high school, Parker joined the staff of the local African American newspaper and became the first female junior editor of her school newspaper. Growing up in the segregated South, Parker encountered racism regularly and the civil rights, women’s liberation, and Black Power movements politicized her. Throughout the 1970s, Parker performed in lesbian-feminist community spaces, where audiences responded enthusiastically to her writing that explored key themes of racial-sexual equality and struggles for justice. She helped to define womyn’s culture (feminist culture focused female independence) in the Bay Area and across the United States.

Dickinson’s poetry is remarkable for its emotional, intellectual energy and extreme distillation. In form, everything is tightly condensed, with words and phrases set off by dashes and brief stanzas. Yet in theme and tone her poems grasp for the sublime in their expression of human extremities. Stylistic tendencies such as punctuation that withholds traditional markers, a willingness to leave poems unfinished, and even the distinctive amount of white space left on the page force readers to involve themselves directly in her poetry in a way that places distance while encouraging an exceptional degree of intimacy. Emily Dickinson stands as one of America’s preeminent poets of the 19th century and perhaps of America’s entire literary tradition.

Laura Knowles is a Marketing Executive with the Global Online Products team at Oxford University Press.