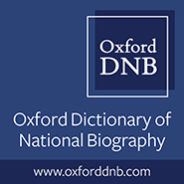 The Oxford Dictionary of National Biography is the national record of men and women who have shaped British history and culture, worldwide, from the Romans to the 21st century. Explore our Listen to a Life biography podcast with over 250 episodes, discover new lives with our Life of the Day email series, and connect via Twitter @odnb.

Psychoanalysis, a therapeutic method for treating mental health issues, explores the interaction of the conscious and unconscious elements of the mind. Originating with Sigmund Freud in the late 19th century, the practice has evolved exponentially in terms of both treatment and research applications. Much of Freud’s theory acknowledged that childhood experiences often affect individuals later in life, which was expanded upon by analysts who believed that mental health issues can affect individuals at all stages of their life. Child psychoanalysis has developed into a well-established technique for children and adolescents, with specialised approaches to working with younger individuals.

When considering the history of this specialism, a few key figures come to mind. Melanie Klein, Donald Winnicott, and Anna Freud began work with adolescents and infants as young as three years of age. Among a variety of techniques, each of the analysts incorporated elements of play in their therapeutic approaches as a means of understanding adult associations, behavioural and internalised expression, or in order to develop an authentic self.

Below is a brief introduction to each of their contributions to the field:

Interested in finding out more? Here are some additional facts about the lives and work of Melanie Klein, Donald Winnicott, and Anna Freud:

Laura Knowles is a Marketing Executive with the Global Online Products team at Oxford University Press.