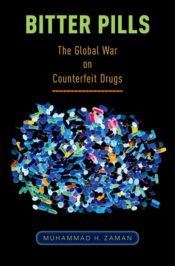 Healthcare is expensive, and not just in high income countries. Those who are suffering or struck by illness in resource limited countries are often unable to afford services that can provide them the care they need. Inequitable access to health services continues to be among the greatest public health challenges of our time.

Since becoming the head of the World Health Organization, Dr. Tedros Adhanom Geberyasus has made universal healthcare a corner stone of his agenda. The idea is that all people, regardless of who they are, where they live, or what they earn, deserve access to healthcare. The idea is both noble and timely. However, implicit in the goal of universal health care is not just access to a healthcare center and a provider, but access to medicines that are of the desired quality. This assumption, that medicines provided to the sick will be effective and not cause harm, is unfortunately not true in large parts of the world.

In Pakistan, where I grew up, poor quality medicines given at a public hospital in Lahore led to over 200 deaths in 2011. In Nigeria in 2007, 84 babies died when a teething syrup was contaminated. Panama was hit hard in 2006 by a Chinese manufactured cough syrup which had an anti-freeze as a poor-quality substitute for glycerine.

Recent reports suggest that at least 10% of all global drug supplies fail to meet the basic quality and efficacy standards. Reports about individual life-saving drugs in several countries in Africa, Asia, and Latin America show that as much as 50% or more of the said drugs may be fake, substandard, or counterfeit. Estimating the exact impact of the global burden of poor quality drugs is hard because those who are most affected often suffer from a variety of ailments, and unlikely to report deterioration of their condition because of culture, distance from a healthcare facility, lack of funds, poor awareness, or low interest by the government in listening to them.

The problem transcends both time and space. It is by no means a 21st century problem. From the description of counterfeiters in Homer’s texts, to the merchants of fake quinine bark to cure Malaria in Europe to the sulfonamide disaster in the 1930s in the US, the problem has continued to impact unsuspecting customers for centuries. The roots of drug regulation, in an effort to safeguard public health, also go back millennia from Homer’s recommendations for controlling quality, to the formation of Hisba offices in Muslim Arabia, to the modern pharmacopeias. The problem of quality no longer affects those who live in the poorest parts of the world, as complicated supply chains connecting multiple countries and increasing internet commerce has made communities across the world vulnerable.

The problem has political dimensions and real commercial consequences. There is ongoing debate on what really is a poor-quality drug. The battle about patents, generics, and quality has played out at the highest levels with countries, institutions, and industries blaming each other. Ironically, with the sense of blame there is also a strong sense of self-pity. Large pharmaceutical companies, that guarantee quality, feel that they are being painted unfairly and their efforts for R&D are being undermined by disregard for patents. Generic firms, backed by governments in India, China, and Brazil feel that there is a systematic effort to keep good drugs from the most vulnerable in their countries. Consumers in low income countries often feel that they  are either being victimized by policies hatched by high-income nations, or by systematic corruption of their own regulators.

Tied to the issue of blame is the presence of real gaps that make the problem difficult to track and impossible to address. Technological solutions are either too expensive or too limited in their scope for broad implementation. The incentives to create better technologies are lacking due to limited funding and low priority among governments and funding agencies. Justice systems, not only in low income countries but also in the US and Europe, find that their hands are tied by existing laws against procuring and selling poor quality medicines. The courts are, at best, able to impose weak penalties for the crime. Finally, citizens, from medical professionals to pharmacists, students to innovators, are woefully unaware of the problem of substandard drugs, and their efforts are uncoordinated and often unhelpful.

Despite the growing challenge, there is room for optimism. This optimism comes from recent (albeit only a few) efforts by institutions like USAID and US Pharmacopeia to put the problem on the global map through advocacy, funding for technological development, and regulatory system improvements in low income countries. Public health professionals and scholars who study the problem also point to other industries, such as the aviation industry, where there is no tolerance, at any level, for poor quality products. China, increasingly concerned about its global image, is also cracking down on those within its borders who produce or supply poor quality raw materials or finished products. The FDA in the US has increased its partnership with Indian counterparts to elevate the level of drug manufacturing in India.

Yet, there is a lot more to be done – from citizen engagement to redefining the legal framework, from student awareness to incentivizing innovators. Failure on any level would make the goal of providing universal quality care to all citizens just an elusive dream.

Muhammad H. Zaman is Howard Hughes Medical Institute Professor of Biomedical Engineering and International Health at Boston University. He is the author of Bitter Pills: The Global War on Counterfeit Drugs.

New ways to think about Autism and why it matters