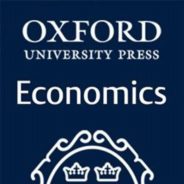 Women in economics are underrepresented. According to the BBC, the number of women in economics is significantly smaller than in the STEM fields, which are already notorious for their poor gender ratios. From the perceived lesser aptitude of women making them reluctant to apply for economic courses, to family reasons delaying their progress, to subconscious bias preventing their research being published, it is impossible to determine one main underlying cause for this alarming lack of gender diversity. Yet, what is clear is the cause for concern that it creates. As a recent article from The Economist argues, a lack of diversity runs the risk of constraining or distorting the field’s intellectual development. And while, on International Women’s Day, we are focusing specifically on female economists, if economics is going to maximise its impact, there is an equally pressing need to broaden the number of racial and ethnic minorities in the field.

To mark International Women’s Day, we have listed below the achievements of five influential female economists. The list does not fully represent the little diversity that does exist in economic research, but we hope that it will open up important discussions that need to be had about diversity in economics.

Janet Yellen was the first female head of the central banking system in the United States, serving as Chair of the US Federal Reserve from 2014-2018. Prior to her role as Fed Chair, Yellen served on many economic committees and councils, including the White House Council of Economic Advisers, and was president and CEO of the Federal Reserve Bank of San Francisco. Yellen’s office as Fed chair has been widely praised; finally ending quantitative easing – creating new money electronically to stimulate the economy when interest rates are low – and raising interest rates for the first time in seven years in 2015 are just two of several achievements which occurred under her leadership.

Much of Yellen’s research focused on issues in macroeconomics and labour economics. She co-created the fair wage-effort hypothesis, which unusually incorporated theories from sociology and psychology as well as economic theory. Yellen was also concerned with poverty and inequality; her co-authored paper on out-of-Wedlock childbearing in the US, for example, was adapted into a policy brief prepared for the Brookings Review.

Carmen Reinhart is currently Professor of the International Financial System at Harvard Kennedy School, and holds roles at several leading economics research institutes. Her research covers a broad range of topics in macroeconomics and international finance. She became the focus of significant news coverage when it was discovered that a paper she co-authored with Kenneth Rogoff contained a spreadsheet miscalculation. Nonetheless, the authors stood by the conclusion of the paper that high levels of government debt is associated with notably lower rates of growth – a conclusion that is often cited to justify budget-cutting.

Reinhart has published many other influential pieces of work, particularly on financial crises. Her book, This Time Is Different: Eight Centuries of Financial Folly and also co-authored with Rogoff, is a New York Bestseller and has been translated into over 20 languages.

Christina Romer is Professor of Economics at the University of California, Berkeley. Her most famous early research focused on the causes of the Great Depression and the recovery thereafter. It was her extensive knowledge on the Great Depression, and its recovery, that led her appointment as Chair of the Council of Economic Advisors by the Obama administration in 2008.

For two years, Romer met with the President on a daily basis to help navigate the country through the aftermath of the 2008 economic crisis. When she stepped down to return to teach at Berkeley a statement issued by the Whitehouse praised her role as a “forceful and tireless advocate of additional measures to support the recovery and help the unemployed.” While Obama himself commented on how greatly he had “valued and appreciated her skill, commitment and wise counsel.”

Elinor Ostrom was the only woman to date to win the Nobel Prize in Economics in 2009. Yet despite the great achievement, Ostrom had very little in the way of economics qualifications – all of her degrees were in political science. This set Ostrom out as different from her contemporaries from the offset, and indeed her methodology reflects this. Her most famous work focused on human interaction with ecosystems to maintain sustainable resource yields. It was for this work that she was awarded the Nobel Prize, jointly with Oliver E. Williamson, for her “analysis of economic governance, especially the commons.” Unusually for economic researchers she used case studies to show that, contrary to popular belief, collectively used resources would not necessarily be over-used and exploited, but that common property could be successfully managed by groups using it in an economically and ecologically sustainable way.

Dambisa Moyo is an economist and author whose focus is predominantly on macroeconomy and global affairs. She has worked for both the World Bank and Goldman Sachs, and sits on the boards of Barclays Bank, Seagate Technology, Chevron Corporation, and Barrick Gold. Moyo’s reputation for “provoking extreme reactions” largely stems from her stand against government aid in Africa, which she details in her New York Times bestselling book, Dead Aid: Why Aid Is Not Working and How There Is a Better Way for Africa. In it she argues that aid transfers from rich governments to developing countries in Africa has not improved the lives of Africans, but rather made the poverty worse by creating an overreliance which prevents economic growth. Bill Gates famously criticised her work as promoting “evil” by depriving those in need of life-saving help. Moyo, however, fought back in a blog post, saying that Gates’ comment undermined her knowledge and research, as well as her experience growing up in Africa. Despite the contention, Dead Aid played a significant role in opening up important discussions on the role of foreign aid and how it is best implemented. Moyo continues to influence economic thinking with her more recent research on the slowdown in economic growth in developed countries.

Esther Morrison is a Marketing Assistant in the Economics team at Oxford University Press.

9 facts about women and the economy