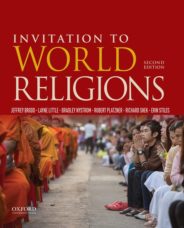 In his recent post, “Declining Exposure to Religious Diversity” (24 January), Jeremy Bauer-Wolf notes some striking results of a survey conducted by the Interfaith Youth Core of more than 7,000 students at 122 American colleges and universities. The ongoing Interfaith Diversity Experiences and Attitudes Longitudinal Survey (IDEALS) is tracking this cohort of students from their first day on campus in fall 2015 until their graduation in the spring of 2019. The survey measures the extent of their interfaith experiences on campus, and tracks developments in their attitudes toward religious diversity.

The IDEALS data relating to students’ experiences in their first year of college point to some noteworthy findings. There are significant declines in discussion of “religious or spiritual topics with teachers” (43% to 25%), working “together with people of other religious or nonreligious perspectives on a service project” (49% to 32%), attending “religious services for a religious tradition that is not your own” (37% to 20%), and discussing “religious diversity in at least one of your high school courses / general education courses” (52% to 40%). There are less pronounced declines in attending “an interfaith prayer vigil/memorial” (18% to 13%) and participating in “an interfaith dialogue” (20% to 16%). These data identify challenges for the Interfaith Youth Core and other organizations committed to cultivating interreligious dialogue and the benefits it can bring to society.

The academic study of religion offers a different approach to understanding religious diversity, one that also offers benefits to society and complements interfaith dialogue. While interfaith dialogue emphasizes the undeniable value of personal engagement with others whose worldviews and ways of life are different from one’s own, the academic study of religion—also commonly known as religious studies or comparative religion—intentionally avoids the personal and the subjective. A sound religious studies approach, like those of other academic disciplines, depends on critical assessment of empirical data and not on subjective truth claims. At the same time, religious studies demands empathy and fair-mindedness, avoiding judgmental attitudes and biases.

As Bauer-Wolf points out, about “91% of the students indicated in the survey that they respect people who have religious perspectives different from their own—85% said they admire people of other faiths and beliefs.” Bauer-Wolf also notes that students’ exposure “to different religions through more informal channels—such as studying or socializing with somebody of another faith—was reported more widely” (up from 66% to 79%). These data bode very well for the efficacy of the academic study of religions. Courses on religion offer ideal platforms for learning from a more distanced or objective perspective about the religions of the world. Such learning depends on the sort of empathy and fair-mindedness that the survey suggests is alive and well among first-year students. Moreover, it provides precious opportunities for learning about the other—both other individuals and other cultures—without requiring that the student relate directly with the other in a personal manner.

The academic study of religion offers a different approach to understanding religious diversity, one that also offers benefits to society and complements interfaith dialogue.

This same argument can be cast within the context of “religious pluralism,” a topic referenced in the post by Eboo Patel, founder and president of the Interfaith Youth Core. For the academic study of religion, a pluralistic attitude is good if it means having empathy for the religious sensibilities of others. Sometimes, however, “pluralism” refers to the belief that every religion is just as “true” as one’s own or that all religions ultimately say the same thing. Such pluralism is to be avoided, in part because this belief cannot be verified empirically or logically. Most professors of world religions would readily agree that it is wrong to advocate for this or any other specific religious perspective. A subtler problem involves the fact that studies of world religions too often are based on hidden assumptions of such pluralism; as, for example, when all religions are forced to fit into an overly detailed grid of common features—as if the underlying, “true” nature of religion can necessarily be reduced to such a list (again, this cannot be proven empirically or logically). As many critics have noted, typically these features ring suspiciously true to Christianity, which every historian will acknowledge is the religious foundation upon which the academic enterprise of religious studies has in large part been built.

“Declining Exposure to Religious Diversity” includes a helpful consideration of parallels between religion and politics. A sound approach to studying the world’s religions ought to parallel how we approach the study of political viewpoints. Professors ought not to advocate for one view or the other but should encourage rigorous analysis of the history, nature, and implications of various political perspectives. So, too, should religious studies professors offer opportunity for sophisticated analysis of religions without advocating for one being any more true or worthy than another (including, of course, not being religious).

The academic study of religions would seem to be an ideal tool for student engagement with the religious perspectives and ways of others, not demanding—indeed, avoiding—personal religiousness while at the same time facilitating increased knowledge of very important aspects of global cultures. The IDEALS data indicates that 62% of students prefer to keep “their viewpoints to themselves.” Many professors of religious studies adopt precisely this as a matter of principle. Others take the opposite approach, contending that openness about one’s personal religious perspectives is the best means of ensuring honest and fair treatment of the subject matter. In either case, the ultimate objective remains the same: a fair, empathic study of the religions of the world. Such a study is vital for maintaining an informed citizenry and a civil society.

Jeffrey Brodd and Bradley Nystrom are professors in the Department of Humanities and Relgious Studies at California State University, Sacramento. They are two of the authors of Invitation to World Religions: Second Edition published by Oxford University Press USA.