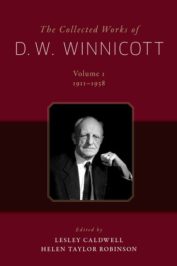 An important event is due to take place in Vienna next year for all those involved in the theory and practice of psychoanalysis. For the wider general public this event may also be of interest—accustomed as we all are, across the world now, to deploying the ideas and the language of psychoanalysis in everyday life.

On 4 June 2018, at the campus of the prestigious Medical University of Vienna, where Sigmund Freud trained as a young doctor, and in the city where he lived and worked for most of his life, a larger than life size bronze sculpture of the founder of psychoanalysis, made by the gifted artist Oscar Nemon, will be unveiled.

Freud had dreamed as a young student doctor, at this same university, that one day perhaps his bust would sit alongside the figures before him that he so greatly admired. Now, with particular thanks to the Vienna Medical University, the Vienna Psychoanalytic Society, the International Psychoanalytic Association, and to the European Psychoanalytic Federation—and in great part with thanks to the Nemon family, who are preparing the statue, made over eighty years ago, to be cast and transported to Vienna, this dream of Freud’s will be realised.

A timely event, we might say, for the author who is most famous for his book on The Interpretation of Dreams. That book heralded the beginnings of the discipline of psychoanalysis, and Freud knew it would be many, many years before his ideas would be properly considered.

But, on this occasion, it is also thanks to a certain Donald Woods Winnicott—perhaps most of all—that this commemorative moment in history takes place. Winnicott, as President of the British Psychoanalytic Society, was instrumental in raising awareness and funds in the 1960s for getting this same statue by Nemon cast and put up in North London for the first time. It was ‘a debt of honour’, Winnicott felt, that was owed by psychoanalysts to the creator of their life work. Winnicott succeeded and Nemon’s Freud statue was unveiled in London in 1970 just months before Winnicott’s death.

And it is this same statue that will be recast once again to come to Vienna next year and once again, as it happens, it is Winnicott who is posthumously and, by chance, the instigator of these events.

Oscar Nemon’s daughter, Lady Aurelia Young, together with her sister-in-law, Alice Nemon-Stuart, owner of the estate of Oscar Nemon, assisted our editorial team’s research into the Nemon statue of Freud and approached us to see if we could help to bring about what was also the Nemon family’s dream, which was to place Oscar’s statue of Freud in Vienna, as originally planned. When first created in the early thirties by Nemon, the Freud statue was to have been placed in the Vienna Psychoanalytic Society for the celebration of Freud’s 80th birthday. But this had never happened at the time, or for years thereafter, despite many attempts.

Since 1970, there has been no progress with bringing the statue to Vienna.

But with the timely appearance of the newly published Winnicott in the Collected Works, Winnicott has again become the instrument for securing interest in the Freud Nemon statue and its return to Vienna.

This statue had had its own special and poignant history when Winnicott first heard about it. The young, but successful, Croatian sculptor, Oscar Neumann, as he was known then, had been summoned to Vienna to take Freud’s likeness in 1931 and Freud was very pleased with the sculpted outcome. Nemon admired Freud greatly. And Freud was pleased with the results. He wrote to a colleague:

“there is something or rather quite a lot in it. The head which the gaunt goatee bearded artist has fashioned from the dirt—like the good Lord—is a very good and an astonishingly life like impression of me.”

But in 1938, Freud and his family fled as refugees from Vienna, welcomed and supported in London by Dr. Ernest Jones a previous President of the British Psychoanalytic Society, and in another year, Freud himself was dead. Nemon, also fleeing from Nazi persecution, also made his way to London and in time became the sculptor of key figures in British and in international society: the Queen and Winston Churchill, standing in the palace of Westminster, among so many more, as well as many figures from the world of psychoanalysis—Winnicott among these.

Now, however, a full 80 years to the exact day when Freud left Vienna, he is due to return, in Nemon’s sculpted form, to stand under the trees on the campus of his old university.

Despite the lack of success over so many years, when I contacted the heads of the international psychoanalytic communities, telling them about the statue Winnicott had helped to place in London, now perhaps being brought to Vienna, I received immediate and strong support for this. Within a few months plans were in place from Dr. Stephan Doering and the Rector at the Vienna Medical University to secure the funds and bring about Freud’s, Nemon’s, and I would like to think, Winnicott’s dreams.

In this present day instance, the interpretation of these many dreams might be said to have been a pleasure—for all of us involved—to be able to re-interpret!

Featured image credit: Oscar Nemon’s Studio with Nemon and his statue of Freud. The Donald Woods Winnicott Archive, in the care of the Wellcome Library, London, courtesy of the Winnicott Trust.

Helen Taylor Robinson, coeditor of The Collected Works of D. W. Winnicott, is Fellow of the Institute of Psychoanalysis, British Psychoanalytical Society, London, and was a clinical psychoanalyst with adults and children until her retirement. She was an Editor and Trustee of the Winnicott Trust for 17 years and co-edited Thinking About Children with Jennifer Johns and Ray Shepherd. Her special interest is in the relationship of psychoanalysis to the arts, literature, and cinema. She has been Honorary Senior Lecturer at the Psychoanalysis Unit of University College, London. She has contributed to books and journals in the field of psychoanalysis and to the European Psychoanalysis and Film Festival.