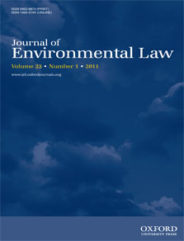 In a recent Financial Times article, the journalist and anthropologist Gillian Tett reflected on the significance of Cambridge Analytica’s (CA) work in relation to Donald Trump’s successful 2016 Presidential Campaign. While Hilary Clinton had run a campaign using what was understood as traditional ‘political’ data, CA had collected many thousands of data points on people, much of it amassed from their online consumer and social identities. As Tett put it, CA were using a broader understanding of people as ‘social creatures’. The apparent success of this approach raises many questions, many of them ethical and many relating to what we think democracy and citizenship is, but as Tett points out there is no way of putting this ‘genie back in the bottle soon’.

The story of CA is important for legal scholars to reflect upon. Law, like politics, is a multi-dimensional social phenomenon. As such, the question about how to approach the study of law so as to gain real understanding is always a live one and has led to the rise of many different schools of legal scholarship over the last century. These schools essentially focus on different ‘data points’ in researching law. Thus doctrinal legal scholarship focuses on legal reasoning in cases and socio-legal scholarship uses a range of different empirical and theoretical methods to map law in society. And there are many other approaches: law and economics, critical legal studies, legal theory, and so on. Law is the data of legal scholars, to paraphrase Steven Vaughan from a recent blog post, but there is a lot of data and many different ways to get one’s head round it.

The problem is that legal scholars have over time clustered into different groupings, with groups rarely interacting and often talking past one another. It is also often the case that each group caricatures the others. Socio-legal scholars wonder at what they see as the analytical naivety of ‘black letter lawyers’; while those lawyers shake their head at what they see as the crude reductionism of law and economics. One of the lessons of the CA story is the way in which one method of data collection and analysis may inform another set of inquiries – consumer choices relate to political choices. This is not to say that politics is just consumerism, but knowing something about our consumer identity tells us something about our political identity.

The same is true in legal analysis. Take for example Keith Hawkins’ classic socio-legal account of enforcement by environmental officers – Environment and Enforcement: Regulation and the Social Definition of Pollution (Clarendon 1984). The book is grounded in over two years’ empirical research of the work of officers in two water authorities in the United Kingdom that enforce pollution law. It’s easy to pigeonhole this book as a study of the ‘extra-legal’ process of enforcement. Hawkins brings alive the ‘art’ of pollution control work which requires many ‘personal qualities’ including ‘a constant display of helpfulness and reasonableness’. But it is much more than that. It is also a study of the uncertainty of regulatory law and thus law itself. Prosecution may be a last resort as Hawkins shows, but law is ever present. It provides the mandate and context for pollution officers, who are themselves legal actors. Thus, law haunts Hawkins’ account. While the transcripts of interviews with pollution officers describing their work and the interactions with those they regulate may not directly be about law they tell the reader a lot about what law can be. The stories about bluffing, bargaining, and officers appearing on ‘plush carpets’ in ‘dirty wellies’ because they have been investigating oil pollution are not just random stories, but a careful piece of ‘interpretative sociology’ that helps us understand something about law’s place in the world. This is not to say all data points are equal. Hawkins’ study, a work many years in the making, offers insight because he thought carefully about what it was he needed to record and make sense of. The study of any particular data requires the fostering of a particular set of skills and expertise.

“For scholars, big data creates new questions about what it is we should study, and what skills we should foster in ourselves”

Recognising this is not new (that is why we have methods courses for research students), but in the era of big data there is simply a lot more data that legal scholars could analyse and thus the issue of which data can be analysed and how it should be analysed takes on greater significance. The study of some data points enhances understanding, but other data points are just ‘noise’. Some lines of analysis unearth a fundamental truth and others just result in a non-falsifiable hypothesis. For scholars, big data creates new questions about what it is we should study, and what skills we should foster in ourselves, and as Vaughan points out, in our students.

And this is not merely a set of ‘technical questions’. Just as the study of voters raises big questions about morality and the nature of democracy, a study of law through these data points raises questions about how law and legal reasoning operates in a society and how we think it ought to operate. Methods of research raise moral and existential questions and scholars need to be ever vigilant in their quest of finding the best way to make sense of law so as to deepen human understanding – a point that, as Ben Pontin recently highlighted, is ever present in researching environmental law history.

To build on Tett’s comment, the ‘genie’ of methodological choice is indeed out of the bottle. It is not a new genie for legal scholars and we have much to learn from reflecting on our intellectual pasts. But in the era of big data it is a very powerful one in many different ways – some perhaps good, some perhaps bad. We ignore it at our peril.