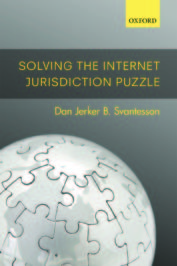 It has been a busy time for the Supreme Court of Canada. In a judgment on 23 June 2017, it ruled that Facebook Inc’s forum selection clause was unenforceable in a case involving the application of British Columbia’s Privacy Act. The long-term value of that judgment is, however, questionable given that the Court was split 4-3, with one of the judges (Abella J.) deciding against Facebook, doing so on a different basis to the other three who ruled against Facebook.

The case has gained a considerable degree of international attention and the background to the dispute is generally well-known. The issue in the appeal was whether Google could be ordered (via an interlocutory injunction) to de-index (with global effect!) the websites of a company (Datalink Technology Gateways Inc., and Datalink Technologies Gateways LLC) which, in breach of several court orders, sell the intellectual property of another company (Equustek Solutions Inc.) via those websites.

The majority of the Court ruled in favour of Equustek concluding that:

In our view, granting the Google Order requires changes to settled practice that are not warranted in this case: neither the test for an interlocutory nor a permanent injunction has been met; court supervision is required; the order has not been shown to be effective; and alternative remedies are available. (para. 60)

The majority judgment represents a missed opportunity to take the law in a direction recognising the special features of the Internet, to take a step away from the present ‘hyper-regulation’ of Internet content, to recognise the role of geo-location technologies and to properly address ‘scope of jurisdiction’ issues.

However, what is worse, it sets a dangerous precedent that a court of any state may order Google to de-index with global effect, without any real effort to consider the effects this has in other countries or for the development of law in relation to the online environment. I would be most surprised if the hazardous step now taken by the Supreme Court of Canada does not result in a sharp increase in speculative actions directed at Internet intermediaries such as Google.

Moreover, questions must be raised regarding how the majority approached the sovereignty of affected foreign states:

Google’s argument that a global injunction violates international comity because it is possible that the order could not have been obtained in a foreign jurisdiction, or that to comply with it would result in Google violating the laws of that jurisdiction is, with respect, theoretical. […] And while it is always important to pay respectful attention to freedom of expression concerns, particularly when dealing with the core values of another country, I do not see freedom of expression issues being engaged in any way that tips the balance of convenience towards Google in this case. (paras 44-45)

It is interesting to compare this nonchalant attitude to the ongoing discussion of when law enforcement agencies in one state may seek access to data held in another state. In the latter setting one often hears objections raised that such an access to data amounts to an unlawful interference with the sovereignty of the state where the data happens to be located. However, in the Equustek case, the Supreme Court of Canada made an order requiring an alteration to the data held in another country. It seems beyond intelligent dispute that this is much more invasive than is mere access to data.

I am not here seeking to advocate what approach to sovereignty is more appropriate, but one thing is sure; we cannot have it both ways.

Professor Dan Svantesson is Professor in the Faculty of Law at Bond University and Co-Director of its Centre for Commercial Law. He specialises in international aspects of the Information Technology society and is author of Solving the Internet Jurisdiction Puzzle. Professor Svantesson is also a Researcher at the Swedish Law & Informatics Research Institute at Stockholm University.