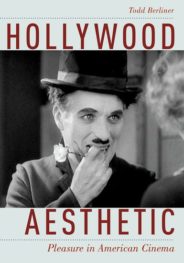 In Hollywood Aesthetic: Pleasure in American Cinema, film studies professor Todd Berliner explains how Hollywood delivers aesthetic pleasure to mass audiences. The following quiz is based on information found in chapter 11, “Bursting into Song in the Hollywood Musical.” The chapter traces the history of the convention that characters in Hollywood musicals burst into song without realistic motivation. And it studies the ways in which Hollywood filmmakers developed novel conventions, in both musicals and non-musicals, that exploited the aesthetic possibilities of song in cinema.

How well do you know this popular Hollywood genre? Put your knowledge to the test with the quiz below.