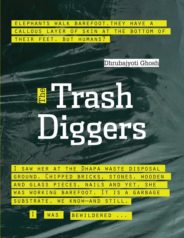 These days, one hears much about the importance of adaptiveness and resilience, faced with the “super wicked” problem of climate change that is growing by the day and is demanding not just policy orientation, but action plans on an urgent basis. Often, opinion is expressed that poorer nations must perforce work towards adaptation and dedicated research must help them in that direction. In other words, poorer people must always be adaptive and resilient in response to climate change, never mind that the responsibility of today’s crises lies largely with the rich nations. One of the ways to adapt for the future is the practice of recycling, touted as a climate-friendly lifestyle option. The higher a nation’s rate of recycle, the better oriented is its adaptability. That brings us to the question of solid waste management by various nations and what cities, the focus of much climate action, are doing towards managing their waste.

The global solid waste management market size has been valued at more than USD 180 billion in 2015 and is estimated to exceed USD 300 billion by 2023, growing at a CAGR of over 8.5%. According to the Environmental Protection Agency (EPA), the U.S. generated over 250 million tons of trash, with a recycling rate of about 34%. Rapid urbanisation and increasing consumption level of resources such as paper, plastic, edibles and textiles are expected to double the municipal solid waste (MSW) over the period to 2023. In Australia, solid waste management market size has been estimated at over USD 7 billion in 2015 and is likely to reach more than USD 9 billion by 2023. The solid waste management industry is characterised by stringent government regulations pertaining to MSW management and efficient implementation including reuse, recycling, reduce and recovery methods.

in countries like India, cities often take to labour intensive of methods to handle their solid waste

How is this waste recycled? Richer nations have sophisticated methods of recycling, with a high level of investment. Possibly the most sophisticated of these is in Sweden. By contrast in countries like India, cities often take to labour intensive of methods to handle their solid waste, and there are instances where community management of waste has been functioning well. However, this is only part of the story and narratives on waste management sparingly focus on the human beings who physically segregate waste from the dumpsites often lying at the city’s outskirts, and they silently continue to do this work everyday. These are the city’s waste pickers.

How many waste pickers are there in India? We don’t know. Each state has millions of them, and they provide their services unnoticed and unsung. We do not know if the census counts them. But by and large in all other cities of India, the task of waste picking is a standalone task, involving digging for recyclable materials at the dumpsite. And waste picking has plenty of occupational hazard involved in it, often with zero provision for any kind of health security or social protection. The interesting exception to this is Kolkata, where waste recycling co-exists with agriculture on a garbage substrate and only recently social protection for waste pickers has appeared in the horizon.

On 20 February 2015, Kalyani Mondol – a waste picker – was crushed to death by a bulldozer atop Dhapa, the city’s dumpsite. Her brother haltingly wrote to the Chief Minister asking for more a caring provision of work for the waste pickers of Dhapa. When this author visited Kalyani’s home, he found out that there was no provision for social protection. Following doggedly an innovative path of appeal through the government corridors, and persisting patiently through one year, waste pickers in West Bengal recently became the first in the country to become eligible for the Socially Assisted Scheme for Provident Fund for Unorganised Workers (SASPFUW), which has to be implemented throughout the state. Much research and logistical issues remain to be put in place, but this is nonetheless a replicable beginning.

Another important thing about Dhapa is the recovery of organic waste, and this practice has its roots in the late nineteenth century when Bengali entrepreneur Bhabanath Sen evolved the practice of growing vegetables on a garbage substrate in Dhapa, where the city’s refuse used to be dumped. He trained a battalion of farmers whom he brought in from Bihar, in the science and art of vegetable growing and earning a livelihood from it. Of course today Bhabanath Sen – the salutary changemaker who could have impacted the grammar of solid waste management for cities all over – is a little known name in Dhapa, so also in Kolkata. But it is his untiring efforts that raised a splendid site for urban agriculture and subsidised a cheap living for the residents of Kolkata.

Dr Dhrubajyoti Ghosh is a UN Global 500 Laureate and the only Indian recipient of the Luc Hoffman Award for conservation. His pictorial essay book The Trash Diggers on the waste pickers of Dhapa, has been published recently by OUP.