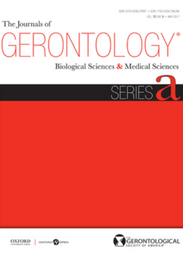 The Journals of Gerontology Series A

The collection of microbial life in the gut, known as the microbiota, may be considered an accessory organ of the gastrointestinal tract. It is a self-contained, multi-cellular, biochemically active mass with specialized functions. Some functions are important for life such as vitamin K synthesis, an essential molecule in blood clotting. Others are responsible for training and maintaining a healthy immune system or digesting indigestible food products such as insoluble fiber. Like other organs, the microbiota has physiologic reserve (i.e., the capacity to regenerate). It may be harvested from one host for transplant into another. It is thus no surprise that as our other organs age, such as our heart, brain, and kidneys, our gut microbiota ages, too.

Recently, our group has contributed to a growing body of evidence suggesting that the microbial ecology of the human gut differs according to estimated host biological age. A consistent finding between studies is a loss of gut bacterial diversity observed in human subjects of increasing biological age due to factors not otherwise explained by antibiotic use, diet, or host genetics. To date, this link between microbial diversity and biological aging has been reported in European and North American human cohorts. Animal models of frailty have made similar observations. The lifespan of at least one model organism of aging has been extended through fecal microbiota transfer. Overall, these studies implicate gut microbiota community remodeling as an aging-associated and aging-accelerating phenomenon.

The health consequences of losing microbial species in our gut are easy to speculate. The gastrointestinal tract is home to the largest and most diverse population of mutualistic organisms in the human body. Species of bacteria that inhabit the gut can vary widely in biochemical or metabolic function, producing a spectrum of nutrients that we are otherwise unable to produce ourselves. Groups of taxonomically disparate bacteria competitively exclude or repress bacteria with pathogenic behaviors that may harm the host and the microbial community at large. A sparse or shallow gut microbiota, one lacking in the richness of interacting and competing microbial species, is commonly considered unhealthy or unstable. A loss of gut diversity has been attributed to a number of disease states such as inflammatory bowel disease, metabolic syndrome or obesity, and Clostridium difficile (C. diff) infection.

This stability-through-diversity phenomenon may arise as a natural consequence of a Nash Equilibrium. In this theoretical model, one organism’s unilateral action fails to improve its standing over other organisms so long as the others maintain their normal, optimal behavior. A loss in the number of players in the equilibrium, such as what has been observed in biologically aging persons, may undermine these stabilizing forces leading to the growth of rare or low-abundance organisms. In time, this may contribute to age-related decompensation-like phenomena such as the translocation and invasion of normal flora into sensitive anatomic compartments such as the blood stream.

How much change in diversity puts us at risk? This is, no doubt, a topic of on-going research and a question in need of answering. In a commentary published last month by the New York Times, Dr. Aaron Carroll cautions us to use our discretion when translating the results of the latest microbiota studies to human health. In particular, he cites a meta-analysis that pooled data from multiple studies assessing the association between gut microbial diversity and obesity in human subjects. The authors of the analysis found that obesity and markers of diversity were indeed significantly and negatively correlated in these studies, although the extent to which changes in markers of diversity reflected weight status was found to be weaker than what has been promulgated in the media and the scientific community.

We really do not know how much quantitative change in, say, the diversity of gut microbial communities is tolerated by the human body before the risk for problems emerges. At present, diversity markers and metrics are most useful to test qualitative hypotheses such as whether microbial diversity is or is not statistically associated with disease and when it is associated, whether the direction of the association is negative or positive. In the case of obesity in humans, harboring 2% less gut diversity (as observed in the meta-analysis) may lead to meaningful weight change or it may not. At present, we simply do not know. We do know, however, that obesity is a complex disease and a chronic one that develops over months and years, and a small yet sustained perturbation in the gut flora stretched over time may, indeed, lead to real, physiological effects such as involuntary weight gain.

Ultimately, the preliminary conclusions drawn by diversity metrics help scientists and physicians rule-in a potential role for the microbiota as justification to invest in confirmatory trials involving animal models and/or human subjects. A reasonably high potential for success is crucial to establish before risking the wellbeing of animals or human subjects in, say, an experimental fecal transplant or probiotic study that seeks to confirm a role for the microbiota in the etiology of a disease. Fecal transplant studies and related interventional human trials along with continued advancement in the accuracy and precision of sequencing technology will be key to translating quantitative changes in markers of diversity into medically useful data. It is critical that we define the clinical relevance of the human microbiota in future research studies for the development of clinical models of microbiota-mediated disease and subsequent, appropriate corrective therapy.

Vincent Maffei is an MD/PhD graduate student in the Department of Microbiology, Immunology, and Parasitology (MIP) at the Louisiana State University Health Sciences Center in New Orleans (LSUHSC-NO). Vincent works under his advisor Dr. Christopher Taylor (Taylor lab homepage), who is an Associate Professor of MIP, and in close collaboration with Dr. David Welsh, who is an Associate Professor of MIP and Clinical Medicine at LSUHSC-NO. Vincent is a pre-doctoral NIAAA T32 trainee in the Alcohol Research Training Program at LSUHSC-NO (T32 AA07577). Their current research interests comprise the influence of gut dysbiosis on alcohol consumption-associated precocious T-cell aging in persons living with HIV.

Why the holidays are the loneliest time for seniors