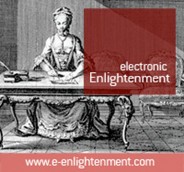 During the Enlightenment era, the term “man of letters” (deriving from the French term belletrist) was used to distinguish true scholars—independent thinkers who relished debate, conversation and learning. In an age when literacy was a distinct form of cultural capital, it served to identify the literati, often the French members of the “Republic of Letters,” who met in “salons” designed for the elevation, education, and cultural sophistication of the participants. One explicit assumption is made in this phrase however, that the participants are male.

This Women’s History Month, we are delving into the lives and letters of two eighteenth-century women who broke through these assumptions, arguing for women’s education, intellectual respect, and cultural participation. Hester Lynch Piozzi and Elizabeth Montagu were two true “women of letters,” both esteemed and appreciated in their own right as culturally refined cognoscente. They came into contact through the “Blue Stockings Society,” a group co-founded by Montagu which emphasized female literary and philosophical discussion—a radical departure from traditional non-intellectual women’s activities.

As a social reformer, patron of the arts, salonist, critic, and writer, Elizabeth Montagu (1718–1800) wasn’t scared to voice her own academic opinions. In a letter to Edward Wortley Montagu, she makes her views clear on Helvétius’ latest philosophical text De l’esprit (a work envisioned to rival Montesquieu’s Spirit of the Laws): “I think this author a wretched philosopher, a poor metaphysician, a detestable moralist, but he is a man of great wit, infinite memory and much reading.”

Indeed, through her own work promoting women’s education and social reform, Montagu was a well-respected “moralist” and staunchly defended religious and intellectual principles from the “sophists” and “buffoons”:

There are but two kinds of people that I think myself at liberty to hate and despise, the first is of the class of soidisant philosophers, who by sophistry would cheat the less acute out of their principles of religion, the only firm basis of moral virtue; the second are witts who ridicule whatsoever things are lovely, whatsoever things are of good report. The lowest animal in society is a Buffoon. He willingly degrades himself in the rank of rational being…

In her London salon, Montagu carefully cultivated a generation of intellectuals, writers and artists, with guests including Joshua Reynolds, Edmund Burke, Samuel Johnson, and Fanny Burney. The “surprise” of such a gifted female host was not left un-noted, with Edward Young (an author and literary critic) writing to Montagu:

Was I a Saint and could work miracles I would reduce you two ladys to the common level of your sex being jealous for the credit of my own; which has hitherto presum’d to boast an usurp’d superiority in the realms of genius and the letter’d world.

Elizabeth Montagu met Hester Lynch Piozzi (1741–1821) through the Blue Stockings Society, however her initial impressions were somewhat mixed. She respected Piozzi as a shrewd business woman, with “uncommon endowments” and a “love of literature,” but also disagreed with her personal and private life (Piozzi’s second marriage was to Gabriel Mario Piozzi, an Italian music teacher deemed beneath her social status). Piozzi was more radical than Montagu in her views on class, marriage, and divorce in particular, noting a relative’s recent nuptials:

Suzette leaves town tomorrow if I am right, and consummates her marriage with Mr Ashgrove: If like many modern couples they should be soon tired of the binding words to have and to hold, she may get a divorce any day…

Like Montagu however, Piozzi (who is best known for her Anecdotes of the Late Samuel Johnson) was deeply supportive of other women (and men’s) cultural and intellectual work. In 1818 she described her joy at the publication of Mary Shelley’s Frankenstein, as she could not bear that “women should be outdone in virtue and knowledge by men”:

Mary has just published her first work a novel called Frankenstein or, the Modern Prometheus…I am delighted and whatever private feelings of envy I may have at not being able to do so well myself yet all yields when I consider that she is a woman and will prove in time an ornament to us and an argument in our favour. How I delight in a lovely woman of strong and cultivated intellect. How I delight to hear all the intricacies of mind and argument hanging on her lips…I cannot bear that women should be outdone in virtue and knowledge by [men].

Akin to Women’s History Month, last week’s International Women’s Day asked us to #BeBoldForChange—calling for a better, more inclusive, gender equal world. With the historical examples of Montagu and Piozzi and their achievements as “women of letters” in mind, in what ways can we tackle inequality today?