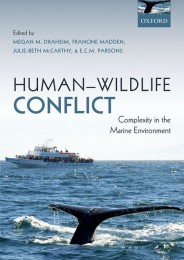 CNN’s Don Lemon recently pushed back when Paris Dennard, a conservative pundit, insisted on calling a story they were covering (the cost to the taxpayer of President Trump’s frequent visits to Florida) “fake news.” As Lemon said, “Fake news is when you put out a story to intentionally deceive someone and you know that it is wrong.” Lemon provided an excellent definition for fake news, but it’s also a great definition for “propaganda”.

Words matter, and those of us who care about our environment (and the people in it) need to choose our words carefully. Trump and his supporters are good at staying on-message and using specific phrases over and over again, familiarizing the public with their rhetoric; on the other hand, the loose confederation of environmental scholars, researchers, activists, and concerned citizens in the environmental community is not nearly as disciplined. I don’t think that’s a bad thing—we have a diverse set of backgrounds, concerns, and worldviews, and that diversity can be a real strength—but we need to carefully consider how we’re going to give voice to our concerns. Not calling it propaganda—but instead decrying “alternative facts,” or worse, pointing a finger back at them and saying that they’re the ones promoting fake news—won’t serve us nearly as well as stating plainly that the Trump administration is disseminating propaganda.

Simply re-framing the debate alone won’t solve everything, of course. But not doing so could cause more damage in the future. By saying that they don’t do fake news, Lemon runs the risk of reinforcing the idea that CNN and other reputable news outlets promote fake news. A researcher named Ian Skurnik and his associates explored this concept from a public health perspective by giving undergraduate students one of two flyers about the flu vaccination: one created by the CDC, and one created by the researchers. The CDC flyer listed three facts and three myths about the flu, while the new flyer listed only facts. For example, the CDC flyer listed the myth that the side effects of the vaccine are worse than the flu itself, labeled it as a myth, and then provided clarifying information about that statement. The new flyer was identical except that it contained only facts (so, “any side effects beat getting the flu”). After the students read the flyers, they were questioned about what they had read.

It turns out that a 30-minute delay was enough to get significant numbers of students who had read the CDC flyer to misremember the myths as facts. The authors concluded that “repeating misinformation in order to discredit it can enhance its perceived truth.” Other research demonstrated similar findings in older adults: if a claim was familiar to them, then re-stating the claim in order to discredit it only served to make it more likely that people would believe the claim to be true.

However, the agency is called the Environmental Protection Agency, not the Environmental Regulation Agency. And who disagrees with protections? We all want to protect our families, our communities, and ourselves from harm. This takes control of the rhetoric by stating that it’s important to protect people from environmental ills, and perhaps more importantly it breaks up the cycle of using the business vs. regulation rhetoric. The perspective we bring to a subject and the words we use—the framing of an issue—matters in all sorts of environmental contexts, including my own research in human-wildlife conflict. The side that effectively frames the issue in many ways has the upper hand.

To take a marine example, severe budget cuts have been proposed for NOAA, the US Federal Agency in charge of most of our climate and marine work. It’s housed in the Department of Commerce, which could give it a leg-up when it comes to arguing against steep budget cuts: its parent agency has “commerce” right there in the name. Setting aside the argument that climate research itself is vital for business, NOAA provides many services directly instrumental to the economy, from weather forecasting, to sustaining fisheries, to providing essential resources and services to coastal communities. By using the positive framing that NOAA is good for our economy—a strong NOAA is good for business—we steer the message away from regulations, climate change, and ocean conservation and directly towards some of the core concerns that prompted many to vote for Trump.

There are legitimate arguments that the intrinsic value of nature should also be stressed, and not just what nature can do for us, when it comes to convincing people that conservation is important. However, we are in triage-mode now, and there’s so much at stake. Changing people’s orientation to the environment is long and slow work (albeit vital in the long-run, and work we need to continue). Meeting people where they are now, and focusing on what’s important to them (protecting their families, making a living, increasing their quality of life) is a way of translating our own concerns about the world to their worldviews (and we, of course, share these concerns with them as well). So remember, it’s not fake news; rather, calling legitimate news stories fake news is propaganda (and so is spreading “alternative facts”). It’s not about loosening regulations so businesses can prosper; it’s about safeguarding our communities and economies.

Megan Draheim holds both an MS and a PhD from George Mason University’s Department of Environmental Science and Policy. Her research focuses on human-wildlife interactions and the conflict that can flare up between humans about those animals, and she was editor-in-chief of Human-Wildlife Conflict: Complexity in the Marine Environment, published by Oxford University Press in 2015. She is currently a faculty member at Virginia Tech’s Center for Leadership in Global Sustainability, and is based in Washington, D.C.