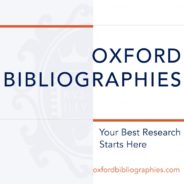 On 19 March, Philip Roth will celebrate his 84th birthday. Although Roth retired from publishing new writing as of late 2012 (and retired from all interviews and public appearances in May 2014), the legacy of his more than fifty-year career remains vibrant and vital. And indeed, celebrating Roth’s works and achievements can also remind us of the many lessons his literary vision of America has to offer our 21st century national community and future.

There are many aspects of Roth’s literary career that deserve celebration. His productivity: between 1959’s Goodbye, Columbus and 2010’s Nemesis Roth published twenty-seven works of fiction, averaging more than a book every two years (a productivity that more closely parallels genre writers like Stephen King than frequent Nobel Prize nominees). The originality and diversity of those books, as exemplified by three within three early 1970s years: Our Gang (1971), a political satire of the Nixon administration; the Kafka-esque psychological novel The Breast (1972), in which protagonist David Kepesh metamorphoses into a giant breast; and The Great American Novel (1973), a sprawling and ambitious epic of baseball and America. His willingness to reflect and talk at great length and with humor and nuance about that career, both in his many interviews and in his semi-fictional autobiography The Facts (1988).

Yet I would highlight one particular element of Roth’s career as especially impressive. Like his fellow American titans William Faulkner and Louise Erdrich, Roth has consistently returned across numerous works to the same characters and communities, has worked to create multiple layers of a worldbuilding within his fictional universe. In Roth’s case, that universe is centered on Newark, New Jersey, a historic and troubled and vital American city that might be far too easily forgotten or overlooked were it not for his works. And, even more influentially, Roth’s focal characters, families, and narratives have represented many different generations and experiences, identities and themes, voices and stories within the Jewish American community. Although neither he nor they are solely defined or limited by their Jewish identities, that central thread has made Roth an unquestioned literary exemplar of the Jewish American experience.

In a moment when the American Nazi movement has returned to public prominence in deeply troubling ways, when Jewish Community Centers around the country have had to close due to bomb threats, and when anti-Semitic slurs and hate crimes have become all-too common in our news stories, we all could benefit from reading and engaging with a Jewish American literary titan. And that’s only one of a number of 21st century American lessons we can take away from both individual Roth books and the overall arc of his career.

Of all Roth’s books, by far the most overtly salient to our current moment is The Plot Against America (2004). Inspired in part by Sinclair Lewis’ political satire It Can’t Happen Here (1935), Roth’s novel posits an alternative history in which Franklin Roosevelt is defeated in the 1940 election by Charles Lindbergh, who brings a fascist, anti-Semitic, and pro-Nazi regime to the presidency and the nation. By making his protagonist a youthful Philip Roth, Roth blurs the lines between history, alternative history, autobiography, and fiction yet further, producing as a result a novel that raises a number of vital and relevant questions (about culture and nation, politics and community, social identity and resistance, and more) for 2017 America.

Other Roth books from the final decades of his career, when he turned his literary attention most fully to overarching American themes and questions, can likewise help us engage with vital contemporary questions. The Human Stain (2000), the story of a Jewish college professor who is accused of racism and gradually revealed to be an African American who has passed for much of his life and career, reminds us that race and ethnicity are not the clear-cut dividing lines we too often imagine them to be. American Pastoral (1997), in which the American Dream of Seymour “Swede” Levov and his family is destroyed by his daughter Merry’s 1960s domestic terrorism, asks hard questions about the arc of the 20th century and whether a unified national community is still possible in the early 21st. Nemesis (2010), Roth’s final novel, uses a fictional 1944 polio epidemic to engage with how communities respond to crises and tragedies, from the most negative forms of fear and paranoia and witch-hunting to the possibility of inspiring shared efforts and futures.

Finally, and most broadly, Roth’s career and body of work help remind us of the crucial role that art can play in our culture and society. All of the works and themes I’ve highlighted are connected to that, but so too is Roth’s consistent and exemplary use of humor in all its forms: from satire and sarcasm to wry and ironic self-reflection, slapstick and silliness to the unsettling laughs that come from confronting our hardest truths (like mortality, a central topic of Roth’s final few books). Like all of our greatest comic artists, Roth uses humor to make us think, about ourselves in the most intimate ways and our society in the most sweeping ones. Now more than ever, for that reason among many others, we should return to his books.

Benjamin Railton is associate professor in the English department at Fitchburg State University. He is the author of the article "Philip Roth" for Oxford Bibliographies in American Literature.