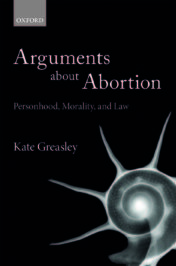 A few years ago, when I told a colleague that I was working primarily on abortion rights, he looked at me quizzically and replied, “But I thought they had sorted all of that out in the seventies”. Needless to say, he was a scientist. Still, while the idea that the ethical questions implicated in abortion were somehow put to bed in the last century is humorous, I knew what he meant. The end of the ‘sixties and beginning of the ‘seventies marked watershed developments for reproductive freedom in both Britain and the U.S. – developments which have (with some non-negligible push and pull at the boundaries) continued to set the basic terms of abortion regulation ever since.

In Britain, the 1967 Abortion Act widely legalised termination of pregnancy for the first time and codified the grounds upon which abortions could be legally carried out. Shortly after, the 1973 Supreme Court decision Roe v Wade famously declared that there was a constitutionally protected right to abortion in the United States, albeit with some qualifications. Since those events, there have been no revolutionary changes to the system of abortion regulation on either side of the Atlantic, although there have been many meaningful ones.

Of course, legal resolution by no means signalled the end of moral disagreement about abortion. A significant minority voice has continued to vehemently oppose abortion practice. What was settled back then secured far more of a grudging détente than a happy compromise. (Like so much legislation, the Abortion Act was a product of political expediencies; I once heard one of its drafters describe the pandemonium of last-minute back-room deals in the Houses of Parliament, and the hotchpotch of provisions that emerged from all of the bargaining necessary to get it through.) As such, the political resolutions, whilst enduring, have always been intensely fragile, especially in the US where Christian conservatism and the anti-abortion lobby overlap so much. Of late, that fragility has become increasingly apparent. Recent developments in the United States and elsewhere have revealed just how misplaced any complacency about reproductive rights truly is.

Recent developments in the United States and elsewhere have revealed just how misplaced any complacency about reproductive rights truly is.

It is, in truth, hardly surprising that abortion compromise is so precarious when one considers the nature of dissent to abortion practice. If one side of that debate really believes—as many claim to—that abortion is murder, akin to infanticide, then it is hard to see how they can ever truly accept legal abortion merely on the strength of its democratic pedigree. Against such a belief, rehearsing the familiar pro-choice mantras about women’s rights and bodily autonomy is a bit like shooting arrows at a Chinook helicopter. For what strength does control over one’s body and reproductive destiny really have when measured against the intentional inflicting of death on another?

Of course, if ideological opponents of abortion rights really believe that abortion amounts to murder, it may be hard to make sense of some of the traditional exceptions they themselves have defended, in circumstances, for example, of rape or incest, or where the pregnancy endangers the very life of the pregnant woman. If killing the fetus is no less than homicide, then how can it be justified even in these dire conditions? We certainly do not permit the out and out killing of born human beings for comparable reasons. This may be an indication that opponents of abortion who make such concessions do not truly, deeply, believe the claim that killing an embryo or fetus is like killing a child. Alternatively, it may just suggest that such concessions are rarely ever authentic, but adopted merely as a matter of political strategizing, to avoid losing moderate support in the wider conflict. If that were true, it would be unsurprising to see those traditional concessions gradually withdrawn as opponents of abortion become emboldened by increasing success.

For what strength does control over one’s body and reproductive destiny really have when measured against the intentional inflicting of death on another?

Either way, defenders of abortion rights have a constant decision to make about how to respond to attacks on reproductive freedom and the denunciation of abortion as a moral horror. The approach most traditionally favoured, at least in public spheres, is to simply ignore all talk about abortion being murder and try to refocus attention on women’s stakes in abortion freedoms. As the Mad Men character Don Draper always quipped, “If you don’t like what’s being said, change the conversation”. This strategy can have its uses, but also its drawbacks. Most importantly, whilst reminding everyone of what women stand to lose through abortion prohibition is likely to strengthen the resolve of those sympathetic to abortion rights, it does nothing to address the consternation of those that are genuinely conflicted about the issue – who are not sure that abortion isn’t murder. As an effort to persuade avowed opponents of abortion rights to think again, it is even more pointless. For those who decry abortion as unjustified homicide do not usually need to be convinced that women can be hugely benefited by it, and harmed by its outlawing. That is not where their main ground of opposition ever lay.

It is for this reason that I think any effective defense of abortion rights must meet that opposition on its own terms, and confront the claims that abortion is homicide and the fetus the moral equivalent of a child. The task can seem daunting; how does one even begin to argue about whether or not unborn human lives have exactly the same right to life as mature human beings? But there are many reflections one can bring to bear on that question, and especially on the question whether, when examining our own or others’ beliefs, we are really committed to the claim that embryos are equal in moral value to human children. For one thing, as some philosophers have pointed out, if we really believed that claim, we may have to ask why infinitely more resources are not devoted to the prevention of natural miscarriage, which, it would follow, is the single biggest cause of child mortality – far greater than famine, disease, or war. At any rate, if defenders of reproductive freedoms do not concern themselves with the fundamental questions of abortion ethics, they are in danger of being left with little effective argument if and when the fragile settlements that have held for some decades threaten true collapse.