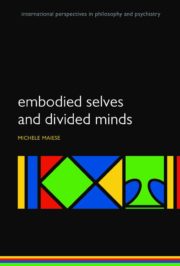 What does it take for you to persist across time? What sorts of changes could you survive, and what sorts of changes would bring your existence to an end? The dominant approach to personal identity says that a person persists over time by virtue of facts about psychological continuity (e.g. continuity of memory, character, or mental capacities). Various puzzle cases have been presented to support this view. In John Locke’s famous story, for example, we are asked to imagine that the consciousness of a prince and the consciousness of a cobbler switch bodies. Locke found it intuitively obvious that the cobbler would be the person with the cobbling consciousness and the princely body (rather than the person with the princely consciousness and the cobbling body).

In contemporary versions of the “transplant case,” you are asked to suppose that a surgeon removes your cerebrum, implants it into another head, and connects its nerves and blood vessels with the corresponding nerves and tissues of the skull of another human being. Your cerebrum grows together with the inside of that skull and comes to be connected to the rest of that human being in just the way that it was once connected to you. What is more, it is assumed that because the cerebrum is responsible for reasoning and memory capacity, this being can remember your past and act on your intentions. Although this being will be very different from you, physically speaking, most people share the intuition that you are the being who inherits your psychological profile.

…we can say that you survive as two different people without implying that you are (are identical to) these people.

Because this psychological approach to personal identity characterizes persons as moral agents that persist through time, it fits well with some of our important practical and moral concerns. In acting and making plans for the future, we assume that we will exist at a later time; and socially, we relate to others as persons with ongoing histories who can act intentionally and be held accountable for their past actions.

However, this account faces a so-called “duplication problem”: suppose that we surgically divide your brain, and then transplant each of your cerebral hemispheres into a different head and body, producing two people with your mental capacities, apparent memories, and character. It seems reasonable to suppose that you would survive if your brain were successfully transplanted into one body. But now, if both halves (which are exactly similar) are transplanted, will you survive as two people? If “survive” implies identity, then this makes no sense: you (a single entity) cannot be identical to two people. However, it is implausible to suppose that you don’t survive, and arbitrary to insist that you survive as one person but not the other. The fact that a single person could be psychologically continuous with two or more persons seems to pose serious difficulties for the psychological approach.

The way out of this puzzle, Derek Parfit famously maintains, is to give up the language of identity: we can say that you survive as two different people without implying that you are (are identical to) these people. Important questions about memories, character, intentions, and responsibility should be prized apart from the question about identity; and this is because while identity is a one-to-one relation, what matters in survival need not be one-to-one. What we care about in survival, according to Parfit, is psychological continuity and connectedness, which is a form of continued existence that does not imply identity through time. Your relationship to the two new people contains everything that matters, namely a continuity of memories, character, and dispositions, and thus you survive as both of them.

But is it true that psychological continuity is all that interests us when it comes to questions surrounding survival? Imagine that Kate gets into a car accident and sustains a head injury. As a result, she suffers from amnesia: although her memory of many basic facts remains intact, her autobiographical memory is erased. In addition, her personality is radically altered, and she no longer has the same intentions and goals for the future as she once did. Although she retains very basic skills, such as the ability to tie her shoes, she loses much of her prior knowledge about topics that once were of great interest her (e.g. cooking, baseball statistics, and art history). There is a sense, then, in which Kate no longer exists. Instead, an individual who calls herself Katherine, and whose psychological profile differs dramatically from Kate’s, has come into existence.

And yet even though Kate does not survive in a psychological sense, there are important questions here that do center on the question of identity. For example, there are questions about whether Kate’s family has obligations to Katherine, whether Katherine is obligated to pay off certain debts that Kate has incurred, and whether Katherine has duties to care for the child that Kate chose to adopt five years ago. Even though psychological continuity is lacking, I suspect that many of us will answer these questions in the affirmative; and this likely is because we still have a sense that Katherine and Kate are one and the same individual.

In cases where a loved one suffers from amnesia or dementia, or undergoes a radical shift in personality, we still tend to think it is them in some deep sense, due to the persistence of their living body. This suggests that what matters to us in survival is both psychological and biological.

Michelle Maiese is Associate Professor of Philosophy at Emmanuel College in Boston, MA. Her research addresses issues in philosophy of mind, philosophy of psychiatry, and emotion theory. She is the author of several books, including Embodied Selves and Divided Minds – an examination of how research in embodied cognition and enactivism can contribute to our understanding of the nature of self-consciousness and the metaphysics of personal identity in cases of psychopathology. It forms part of the International Perspectives in Philosophy and Psychiatry.

Why did evolution create conscious states of mind?