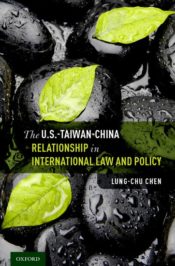 When asked to describe the foundations of US policy toward Taiwan, many experts dutifully point to the three Joint Communiques of 1972, 1978, and 1982 and the Taiwan Relations Act of 1979 (TRA). Often overlooked are President Reagan’s Six Assurances to Taiwan, which were issued to the Republic of China (ROC) on Taiwan shortly after the Third Communique with China became public in 1982.

More than a diplomatic side note, the Six Assurances have proven to be an enduring and authoritative feature of US policy over the past 34 years. Under the Trump administration, they are likely to play a starring role in the triangular US-Taiwan-China relationship.

The Third Communique of 17 August, 1982 stated, among other things, that the United States did not seek to carry out a long-term policy of arms sales to Taiwan. The purpose was to appease Chinese leaders who complained the TRA had undermined the first two Communiques of 1972 and 1978.

The Third Communique met with instant condemnation from the ROC and members of Congress who feared Reagan was walking away from the TRA’s policy of safeguarding Taiwan’s security. The Senate immediately called hearings to investigate the constitutionality of the Third Communique. The TRA, as the law of the land, prevails over the Joint Communiques as a matter of US constitutional law.

To assuage these concerns, President Reagan issued an unsigned memorandum to President Chiang Ching-kuo of Taiwan which stated:

“In negotiating the third Joint Communiqué with the PRC, the United States:

In a separate, secret memorandum, President Reagan wrote that “it is essential that the quantity and quality of the arms provided Taiwan be conditioned entirely on the threat posed by the PRC.”

As I explained on the OUPblog recently, Taiwan’s statehood has evolved through four distinctive stages from 1895 to the present, the most important and recent of which began in 1988. Under President Lee Teng-hui, a native born Taiwanese, Taiwan embarked on a profound political transformation and a process of democratization—and Taiwanization. As a result, Taiwan’s status under international law has evolved from that of a militarily occupied territory to an independent, democratic, peace-loving, and sovereign state.

From 1949 to 1987, Taiwan was living under authoritarian rule of martial law by the Kuomintang (KMT). Taiwan’s democracy movement did not take wing until six years after the issuance of the Third Communique and the Six Assurances, nine years after the adoption of the TRA and the de-recognition of the ROC, and 16 years after President Nixon articulated the One China Policy, under which the United States acknowledged, but did not recognize or endorse, China’s claim that Taiwan was a part of China.

The foundations of the US-Taiwan-China relationship were laid before the end of the Cold War, before the Tiananmen Square massacre, before Taiwan’s Sunflower Movement of 2014, and before the historic landslide election of President Tsai Ing-wen of the pro-Taiwan independence Democratic Progressive Party (DPP).

To say that the One China Policy is outdated is a gross understatement.

President-elect Trump made headlines on 2 December when he received a congratulatory telephone call from Taiwanese President Tsai Ing-wen. In response to his critics, Mr. Trump tweeted that he saw nothing wrong with accepting a call from the leader of a nation that purchases U.S. arms and that he would not seek China’s permission to do so.

The Trump-Tsai phone raised eyebrows. But in some respects, Mr. Trump is simply echoing the fundamental message of Regan’s Six Assurances: the United States is free to conduct its relations with Taiwan by its own terms and cannot be dictated to by China.

This common sense approach may finally open the door to reappraising the outmoded One China Policy or other aspects of US policy toward Taiwan and China.

Lung-chu Chen is Professor of Law Emeritus at New York Law School and a former senior research scholar at Yale Law School. He is the author of The US-Taiwan-China Relationship in International Law and Policy (Oxford University Press, 2016), and the third edition of An Introduction to Contemporary International Law: A Policy-Oriented Perspective (Oxford University Press, 2015).