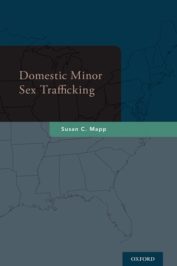 January is Human Trafficking Prevention Month, declared each year since 2010 by presidential decree. However, there is still confusion as to what exactly human trafficking is. Despite seven years of raising awareness, on 21st November, the Washington Post published a story with the headline “Two teen prostitutes escaped through a bathroom window, and a sex ring began to unravel.” As noted in a number of comments on the story, as well as pieces afterwards, the girls are not prostitutes. Under the Trafficking Victims Protection Act (TVPA), anyone under the age of 18 who exchanges sexual services for anything of value is considered to have been trafficked. Minors are not able to legally consent to selling themselves, meaning there is no such thing as a “teen prostitute” under US law. States have increasingly been passing their own laws to protect children who are sold or traded for sex. Known as “Safe Harbor” laws, these laws prohibit a youth from being charged with prostitution. As of Spring 2016, 19 states and the District of Columbia had these laws in place.

In the TVPA, adults who are survivors of trafficking need to establish that specific means were used to gain control of them – force, fraud, and/or coercion. These means are not necessary to establish trafficking of those under 18. As recognized in the Supreme Court decision related to criminal culpability of those under 18, science is establishing a growing understanding of the decision-making ability of youth. Their brain structure is still evolving and they do not make decisions in the same way as adults. They have more difficulty predicting negative consequences and more difficulty seeing more than one option in a situation. Our collective understanding of this can be seen in state laws that prohibit or limit the number of peers a teenage driver can have in the car.

While there has been an increasing recognition that US residents and citizens can be trafficked, media stories, such as this one, have tended to focus on a single angle: girls who are controlled forcibly by a pimp. This ignores a number of realities related to Domestic Minor Sex Trafficking. Children are sold not only by pimps, but also by gangs or their family. Additionally, a third-party facilitator is not required under the TVPA, and thus when youth trade their bodies for things they want or need, such as shelter or food, this is also trafficking. As noted above, force, fraud, and coercion are not needed for trafficking of children and many of those who are trafficked do not see themselves as experiencing any of these. They often believe they are financially contributing to their boyfriend, gang, or family. If an attempt is made to “rescue” them, they will rebuff it because they do not believe they need to be rescued.

So what can be done to fight this crime? Raising awareness is necessary, but not sufficient. As well as a number of events that will be occurring around the country to raise awareness, there are a number of things that the everyday citizen can do. You can work to support existing organizations that are already doing good work. Activists urge you not to start your own agency as that creates competition for resources. Rather, focus on your skill set to do such things as serve as a mentor to an at-risk youth, tutor at a school, raise money for an organization, or be a foster parent. These groups of youth are at particular risk for being trafficked and knowing that someone cares about them can be the critical factor to helping to prevent trafficking.

Susan C. Mapp, Ph.D., MSSW is Professor and Chair of the Department of Social Work at Elizabethtown College. She is the author of Domestic Minor Sex Trafficking.

The 12 challenges of social work [slideshow]