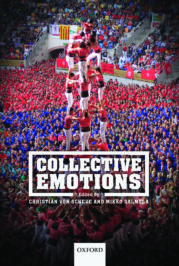 Donald Trump’s election to the 45th President of the United States is the biggest victory of contemporary right-wing political populism to date. The Brexit referendum had already shattered Europe and the UK “remain”-voters alike, but Trump’s win is of worldwide significance. The outcomes of both elections took the media, pollsters, and political analysts in the relevant countries and elsewhere by surprise. How could these campaigns that for the most part relied on exaggerations and deliberate falsehoods, and in Trump’s case also on openly racist, sexist, and protofascist statements defying the established standards of political debate, prevail?

As a philosopher and a sociologist who have investigated the social life of emotions for well over a decade, we believe that the success of right-wing populism must be examined in a longer-term perspective that accounts for social structural and psychological factors alike. Traditionally, the rise of the populist right has been linked to fundamental socioeconomic changes fueled by modernization, globalization, and economic deregulation. Although these developments certainly contribute a great deal to the rise of new right, they remain just one part of the larger picture. We suggest that emotional processes affecting people’s identities are a further crucial part of this picture. They can make a substantial contribution to understanding why the new right has become so popular, not only among low- and medium-skilled workers and people living in rural areas, but also among the middle classes. These segments of society are especially prone to both economic and cultural insecurities that manifest as fear of not being able to live up to salient social identities and their constitutive values, and as shame about these (actual or anticipated) inabilities.

An alarming piece of evidence of this kind of precarization that cuts through society is a recent finding that 47% of Americans would have trouble finding $400 to pay for an emergency. This standing financial insecurity is a hidden source of shame and humiliation for many middle-class Americans, as the journalist Neal Gabler points out in his May 2016 cover story in The Atlantic. The link between precarization and shame is particularly salient in contemporary capitalist societies where responsibility for success and failure is increasingly individualized, and failure is stigmatized through unemployment, living off welfare benefits, or labor migration. Under these conditions, we identify two social psychological mechanisms that fuel support for the new populist right.

The first mechanism of ressentiment explains how negative emotions – fear and insecurity, in particular – transform through repressed shame into anger, resentment, and hatred towards perceived “enemies” of the self and their social groups, for instance immigrants, the unemployed, political and cultural elites, and the “mainstream” media. We believe that the prevalence of repressed shame – and hence of the ensuing anger and hatred – is closely associated with the established structural determinants of support for right-wing populist parties, in particular economic de-regulation, globalization, and privatization. Repressed shame therefore constitutes a social mechanism that mediates between structural changes on the one hand, and voting behavior as well as other forms of support for right-wing parties and movements on the other hand. The rhetoric of populist parties is carefully crafted to deflect shame-induced anger and hatred away from the self and instead towards the political and cultural establishment and various Others, such as immigrants, refugees, and the long-term unemployed. This is why structural changes like globalization and economic liberalization – the actual causes of many of the events that provoke individual shame – get off easy, paradoxically even receiving support when figureheads like Donald Trump are voted for.

The US presidential election shows on an unprecedented scale how this bias operates when the relevant emotions are shared across social groups.

The second mechanism relates to the emotional distancing from those social identities that in contemporary capitalist societies progressively inflict shame and other negative emotions and are thus liable to alienation. This especially concerns identities that are tied to resources allocated on the basis of competition, in particular for people who already occupy precarious positions. Certain occupational identities are a good example. Many of them were steady and consistent throughout the first half of the 20th century, and, as such, central building blocks of public recognition, esteem, status, and prestige. When these identities become vulnerable and unstable due to the structural changes discussed above, people increasingly embrace identities still perceived to be emotionally appealing, stable, resilient, and to some extent exclusive, such as nationality, ethnicity, religion, language, or traditional gender roles. These are also identities in which solidarity with and belonging to other group members can still be experienced, unlike in the context of those identities where individuals are steadily competing with one another.

We can see these two mechanisms in operation in the US presidential elections. Trump’s success in the Rust Belt states of the Midwest, commonly characterized by a declining industry, has been described as decisive for his election. These states have traditionally voted Democrats, but they now turned to Trump whose protectionist and revivalist promises, together with his blame of immigrants and other minorities, “corrupt” media, and political elites, appealed to the white workers in these states. Hillary Clinton has been blamed for neglecting these voters in her campaign, and some have argued that the strong focus of Democrats on identity politics instead of on issues of inequality led many to vote for Trump. However, there is evidence that even the more radical Bernie Sanders, who opposed free trade agreements and advocated a national $15 minimum wage, free healthcare, and free college education, would not have beaten Trump in the Rust Belt as writer and political scientist Marcus Johnson argued in The Huffington Post. While Democrats indeed proposed socioeconomic improvements to people’s lives, it was still Trump who prevailed, as he managed to tap into the anger, outrage, and frustration that emerged from the present socioeconomic situation of the electorate. The fact that he was able to channel these emotions – which may not have had clearly identifiable targets in the first place – towards various “Others” whom many were ready to perceive as enemies of their salient social identities fits the picture of the two emotional mechanisms of right-wing populism we propose.

Finally, emotions mobilized by populist parties, such as anger, resentment, and fear, are also important for political reasoning, as they affect how people perceive reality and make judgments. Research shows that emotions can systematically bias information processing in ways that make people neglect counterevidence to their favored views and convictions. This certainly was instrumental for citizens’ willingness to accept Trump’s lies and exaggerations on matters such as the role of President Obama in the rise of ISIS, the number of illegal Mexican immigrants in United States and their criminal record, the US unemployment rate, or the number of Syrian refugees Obama plans to permit into the America. The US presidential election shows on an unprecedented scale how this bias operates when the relevant emotions are shared across social groups.

Mikko Salmela is a Senior Researcher at the Academy of Finland Centre of Excellence in the Philosophy of Social Sciences, University of Helsinki.

Christian von Scheve is Professor of Sociology at Freie Universität Berlin and a member of the Collaborative Research Center "Affective Societies".

They are both co-editors of Collective Emotions.