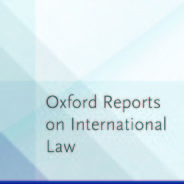 This year marks the tenth anniversary of OUP’s International Law in Domestic Courts (ILDC). Created to be an innovative and valuable resource for research on the interpretation and application of international law, it shows how international law matters in practice. Digital innovation in the past decade has allowed ILDC to provide scholars with data in the form of case law and analysis on which to base further scholarship from jurisdictions around the world.

ILDC now includes over 1,700 judgments, accompanied by analysis and linked to other relevant decisions. The database contains court decisions from nearly 100 countries which deal with an aspect of international law. These issues range from war crimes to diplomatic immunity and human rights. The diversity of these cases is highlighted in a post on the ten most popular cases, including examples from jurisdictions and courts around the world.

This map highlights the number of ILDC cases per country and pulls out a number of particularly interesting ones. Hover over the blue markers to see the case tallies, click on the yellow markers to display the number of cases within geographical regions, and click on the red markers to find out more about how courts have understood and applied international law on issues including the privacy of a local celebrity’s twins and the right of a transgender person to change their sex on their birth certificate.