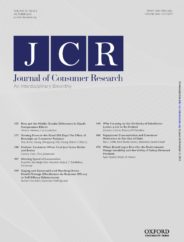 The conclusion? Our smartphone and computer technology directs and intensifies our most basic human passion. People, their smartphones, their passion, and the objects of their desire all combine into a system. That system affects all the players within it. So computers, food, and human beings are all joined into a circuit that increases the flow of desire among them.

The idea that desire can flow like energy came from our exploration of one of the most comprehensive—and difficult—theories of desire. In this theory, which relates in many ways to ancient forms of belief about the role of energy in human life, desire is treated as a free-flowing form of energy. Desire connects us to each other, and also to things, and sophisticated machines like software and smartphones. When they are connected, these things behave like a system, and they direct and amplify the flow of desire. We call this a “network of desire.” Desires do not merely end in culmination or satisfaction. They build. And as they are building up energy, they can inspire great creativity.

Machines were not only directing these desires, but also building in us the desire for more machines. The biological necessity for food had become a passion for food that has now translated into a passion for more technology. We live in an age where sexting drives people to suicide, where augmented reality video games instantly gain legions of followers who storm public places such as cemeteries, where Presidential candidates announce policy platforms on Twitter, and where fundamentalist-based international terrorist organizations successfully recruit using YouTube and WhatsApp. Indeed, it seems as if the news is getting nastier, celebrities are acting more outrageous, general language is sounding more crude, political positions are becoming more polarized, religious beliefs are more extreme, and on and on through culture and society. Our increasing codependence with technology is playing a role in this mass increase of our passions.

Our collective linking into a vast network of technology might be leading us into a future of rapidly changing, highly segmented taste clusters. Consumers of the future, each micro-segmented into interface-driven categories of consumption desire, might transform ever more rapidly from their other interests and other connections as they pursue their own individual peaks of passion. Consumers, networks, and consumer culture itself turn into things whose hungers have no limits, whose capacity changes by the hour. Unleashing new abilities for us to couple with machine bodies, object bodies, and branded bodies, we literally become posthuman.

Very recently, our adoption of technology seemed to offer more democratic, authentic, and grassroots places to commune and converse. Yet it now appears equally likely that technologically-enabled consumer networks also function as effective amplifiers of corporately monitored and sponsored desires. In the midst of this situation, it seems very important that we try to understand what is happening to our society. Directed by the technology and capitalism, changing rapidly in taste, pushed by our passions to posthuman extremes, we must continue to wonder and explore what our use of technology is doing to us.

Robert Kozinets, Anthony Patterson, and Rachel Ashman recently published “Networks of Desire: How Technology Increases Our Passion to Consume” in the Journal of Consumer Research.