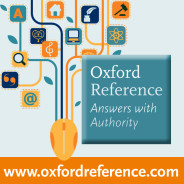 World Space Week has been celebrated for the last 17 years, with events taking place all over the world, making it one of the biggest public events in the world. Highlighting the research conducted and achievements reached, milestones are celebrated in this week. The focus isn’t solely on finding the ‘Final Frontier’ but also on how the research conducted can be used to help humans living on Earth. In honour of this, Lisa Brown explains some advancements in medicine that impact life in space and could influence medical development on Earth.

As our ambition to reach further into outer space increases, it is not only engineering that we need to consider. Long distance space travel poses many human physiological challenges that need to be overcome. No air pressure, below freezing temperature, burning cosmic radiation, and lack of gravity – space is an inviting environment!

The International Space Station (ISS) is pressurized, heated, and contains adequate oxygen which mitigates many factors encountered, however, the lack of gravity is still an enigma. The knowledge that has been gained in sustaining healthy human life in space has provided invaluable advances to the understanding of complex medical conditions experienced by patients on Earth.

One such example is in cardiovascular research. The lack of gravity encountered by astronauts on long duration space missions alters the normal distribution of fluid in the body. There is a shift of fluid from the lower body to the upper body. This shift, in conjunction with other changes seen in the blood vessels, leads to altered fluid flow through the heart and subsequently loss of cardiac muscle strength. Research on both the ISS and bed rest studies have enabled the understanding of this complex process. This has also helped to progress treatment of analogous conditions seen in patients on Earth such as cardiomyopathy.

Another significant advance has been in the management of bone and skeletal muscle loss that occurs in microgravity, particularly with the use of exercise machines which have been developed to provide resistance. The ARED (Advanced Resistive Exercise Device) has revolutionized this. It utilizes vacuum canisters to provide resistance as a substitute for weight, and can be varied to suit all body shapes and sizes. During missions on the ISS, astronauts exercise for almost two hours a day to reduce their muscle loss.

In preparation for travel to space, astronauts undergo an extensive training process to help withstand the adverse environment. This can take a minimum of two years. To understand the effects of living in a remote environment, far away from home, many astronauts live for periods of time in similar remote environments available on Earth, such as Antarctica or NEEMO (an underwater station). To begin to condition themselves to the havoc that plays on the vestibular system in space with a lack of gravity, they undergo trips in planes which are capable of parabolic flight – experiencing close to half a minute of weightlessness. During weightlessness, your body is unable to tell which way is up and the normal signals of head position are lost, which can result in severe nausea and disorientation.

Two of the most intense parts, as described, in many trips to space, are that of launch and re-entry. Significant G-forces are absorbed during these phases. Many astronauts are trained pilots who may have experienced this regularly in their careers, but many may have not, and are subsequently instructed on how to reduce the loss of consciousness or G-LOC encountered. This occurs when the G-force distributes blood in the body away from the brain, causing the brain to become hypoxic and lose consciousness. Centrifuges are used to train astronauts to try different straining manoeuvres to prevent the G-LOC occurring.

There are still several aspects of the space environment which are not concordant with healthy human life and this is part of current research, to ensure that not only could we survive a long duration space journey, but if we were to travel to Mars, we could arrive in a functioning condition. One of the current challenges is that of VIIP (Visual impairment intracranial pressure). This involves trying to understand the mechanism behind visual changes/loss experienced by astronauts after long duration missions, and the relation of this to upper body fluid shifts causing raised intracranial pressure.

Surgery in space is also an idea which may seem more science fiction than science fact, though being able to adequately treat a person who may incidentally develop appendicitis or cholecystitis in space is important. Solving this potential problem is advancing the technology of minimally invasive devices and brings to the forefront new ideas around 3D printing of surgical devices or prostheses on an as-required basis, preserving the precious weight and volume load of a space vehicle.

Exploring the ‘Final Frontier’ pushes the boundaries of human technology and every advance helps not only the astronauts or Space Flight Participants involved, but contributes to the progression of knowledge on Earth.

Lisa Brown, MBChB, is a Surgical Trainee in Auckland, New Zealand. She has a keen interest and intended career path in Aerospace Medicine and was the Aerospace Medicine Research Fellow at The University of Oxford in 2015. Follow on Twitter @kiwispacedoc. Lisa is a guest author on the blog, helping us raise awareness for World Space Week.