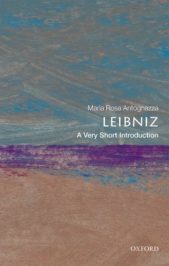 At the turn of the seventeenth and eighteenth centuries, national states were on the rise. Versailles was constructed as a stage on which the Sun King, Louis XIV, acted out the pageant of absolute sovereignty, while his armies annexed neighbouring territories for the greater glory of France. At the death of Charles II of Spain in November 1700, the Spanish throne and its extensive possessions in Italy, the Low Countries, and the New World passed to his grandson, Philip, Duke of Anjou. To the east and south, the Ottoman Empire, which already controlled most of the Balkans, Greece, Turkey, the Middle East, and North Africa, once again threatened Vienna. To the north, Sweden consolidated its empire on the shores of the Baltic while the union of the crowns of England and Scotland in 1707 under Queen Anne established Great Britain as a single kingdom.

At the heart of Europe, by contrast, lay a hugely complex and fragmented political entity which resisted the ‘modernizing’ trend of national state formation, and preserved medieval arrangements conceived as rooted in antiquity: the Holy Roman Empire. After three decades of bloodshed retrospectively known as the Thirty Year War (1618-1648), the Empire had achieved a somewhat precarious equilibrium in which hundreds of semi-autonomous imperial estates co-existed under the loose authority of an emperor and a college of princes. Disparaged as a multi-headed monster by many (including a countryman, Samuel Pufendorf), for Leibniz the Holy Roman Empire remained a preferable alternative to national and absolutist states. In his mind, the Empire offered an ideal of shared sovereignty in which limited territorial autonomy could be combined with a central imperial authority, and the main Christian confessions could cohabit peacefully in a balanced, representative Reichstag. Alongside his more famous works on logic, metaphysics, and mathematics, Leibniz wrote innumerable memos and proposals advising rulers on how to strengthen and re-order the Empire into a stable, supra-national political structure which could protect and promote common interests while maintaining local self-determination in territories and imperial free cities. In short, Leibniz regarded political unity in diversity under a supra-national authority as a better path to peace, prosperity, and stability in Europe than the ascendancy of competing national states.

Leibniz’s political vision swam against the main current of European history for hundreds of years. Within a century of his death, the Holy Roman Empire disintegrated before the onslaught of an even more powerful and aggressive French ruler, Napoleon Bonaparte. A century later, the nationalistic aggression of the Second and Third German Reichs provoked two devastating world wars. In the midst of the second of these wars, two intellectuals imprisoned on the tiny Italian island of Ventotene by Mussolini’s Fascist state, Altiero Spinelli and Ernesto Rossi, drafted a manifesto calling For a Free and United Europe organised on federal principles. Last month, the Italian Prime Minister Matteo Renzi invited the German Chancellor Angela Merkel and French President François Hollande to Ventotene, where they placed a wreath at Spinelli’s tomb and reviewed the policy of the European Union in the aftermath of the Brexit referendum.

The political debates of Leibniz’s day – the period in which the nation state was emerging as the dominant form of political organisation in Europe – have a particular resonance this summer – in which the struggle between federal and national principles is being fought out in such momentous fashion. But for Leibniz, politics was part of a comprehensive system of thought, which involved logic and mathematics, epistemology and metaphysics, science and theology. There are few thinkers alive today whose political thought is rooted in an intellectual system of remotely comparable breadth.

This is part of the reason why political thinking today is dominated by a tendency to reduce democratic politics to market economics, and human nature to the rational maximization of material self-interest. Perhaps the best reason for reading Leibniz this autumn is as a means of gaining broader historical and philosophical perspectives on the crises of our time.

Maria Rosa Antognazza is Professor of Philosophy at Kings College London. She has held research and visiting fellowships in Italy, Germany, Israel, Great Britain, and the USA, including a British Academy Postdoctoral Fellowship (1997-2000) and a two-year research fellowship from the Leverhulme Trust (2003-5). She is the author of  Leibniz: A Very Short Introduction. She is also the author of Leibniz: An Intellectual Biography (Cambridge University Press, 2009) and Leibniz on the Trinity and the Incarnation: Reason and Revelation in the Seventeenth Century (Yale University Press, 2007) and the editor of the Oxford Handbook of Leibniz (Oxford University Press, forthcoming).