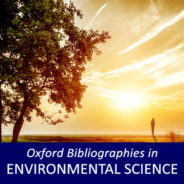 Have you heard that cell phones cause cancer, then they don’t, then they do? Confused enough yet? Let me break it down for you. Contrary to some claims, the new US government study by the National Toxicology Program (NTP) is hardly a shot in the dark or a one-off event. With this largest best-conducted animal study, we now have three different studies within the past six years where animals develop some of the same cancers from cell phone radiation as people. In the NTP study, male rats exposed to wireless radiation develop more unusual highly malignant brain tumors—gliomas—as well as very rare tumors of the nerves around and within the heart—schwannomas.

Rodent studies are the gold standard for testing chemicals. In fact, as the American Cancer Society notes, the NTP study comes from a world-renowned test program that involved twice the usual number of animals and triple the typical number of independent reviews of the pathology data. The NTP review process included blinded evaluations by statisticians and pathologists who did not even know the name of the ‘test agent’ they were examining.

An op-ed from the New York Times by pediatrician Aaron Carroll questions the relevance of these animal studies for humans. Chairman of Pediatrics at Hadassah Hospital Jerusalem, Dr. Eitan Kerem, does not agree, stating that “Such findings [of cancers in a test drug] in the pharma industry may prevent further developing of a drug until safety is proven, and until the findings of this study are confirmed parents should be aware of the potential hazards of carcinogenic potential of radiofrequency radiation.”

Prof. Eitan appreciates that every agent known to cause cancer in people, also produces it in animals when well studied. More recently, studies have found significant brain changes in cell-phone exposed Zebra fish which also share important properties with humans. If we fail to heed these studies and insist on more human data, we become the bodies of evidence.

Not a single one of the NTP rat controls developed these rare brain cancers or schwannomas of the heart. Yes it is true that historical controls used in other studies have had a few brain cancers, so why should we not compare these results with that? In scientific research, we take great care to subject controls and exposed animals to the same housing, light, food, water supply, cage rotation, etc. This NTP study placed all animals in a complex reverberation chamber that existed within a metal barrier that blocked all forms of electromagnetic radiation from entering—a Farraday cage. Thus it is entirely plausible that electromagnetic exposures from wiring, ceiling fans, HVAC, or even technicians with phones in their pockets, could have affected control animals in those older studies causing this rare brain tumor and the handful of schwannomas of the heart found in the past in other controls. The fact that not a single one of the controls in this study developed these rare tumors tells us a great deal.

Why then, did brain tumors occur only in male rats? The sexes differ not only in hormones but in the ways that their DNA deals with poisons. In fact, rare precancerous abnormalities in the brain and heart were also reported in both sexes in the NTP study. For many cancer-causing agents, tumors are more common in males than in females—although in this instance, both males and females had significantly more cardiac abnormalities, pre-cancerous lesions, and malignant nerve tumors within and around their hearts.

Wait a minute. Some have claimed that these results are not a true positive, but a false one, that is to say—a false finding that wireless radiation increases cancer. By design, this study had a 97% chance of finding a true positive. Using a relatively small number of animals to study a very rare outcome, this study in fact, had a far greater chance of a falsely negative finding than of a falsely positive result.

Why then does the public know so little about the how cell phones and wireless technology impact our health? In 1994, findings that such radiation could prove a risk spawned an unusual and little-known sport—that of “war-games”—outlined in a memo from Motorola to their PR firm. That year when University of Washington scientists, Henry Lai and V.J. Singh, first showed that radiofrequency radiation (RFR) damaged brain cells in rats, they were subject to well-funded coordinated efforts to discredit their findings, their livelihood, and their integrity. Their university was asked to fire them and the journal editor where their work had been accepted was pressured to un-accept it. Similar disinformation efforts confronted the REFLEX project in 2004—a $15 million European Union multi-lab effort—after it also determined that cellphone radiation caused biological impacts on the brain.

Another paper from the NTP finding genotoxic impacts of wireless radiation is under peer-review at this time. The capacity of this radiation to open membranes is so well established that a number of technologies have been FDA approved to treat cancer relying on electroceuticals that use electromagnetic radiation at various powers, waveforms, and frequencies.

If ever there was a time to re-think our growing dependence on wireless in schools, cars, homes, and energy production, this is it. There is no other suspected cancer-causing agent to which we subject our elementary school students or place directly in front of the brain and eyes with virtual reality. It makes no sense to continue building out huge wireless systems until we have done a better job of putting the pieces of this puzzle together. This latest report from the NTP should give us all pause.

Belgium has banned cell phones for children. Over a dozen countries are curtailing wireless radiation especially for children. Reducing exposures will increase battery life, decrease demand for energy, and lower health risks. Concerted steps to reduce wireless radiation such as those recommended by the Israeli National Center for Non-Ionizing Radiation, France, the Indian Ministry of Health, and the Belgian government are in order now.

Governments have a moral obligation to protect citizens against risks that cannot otherwise be controlled. The epidemics of lung cancer today are evidence we waited far too long to control tobacco. To insist on proof of human harm now before taking steps to prevent future damage places all of us into an experiment without our consent, violating the Nuremberg Code.

Devra Davis, PhD MPH, is Visiting Professor, Hebrew University Medical School and President of the Environmental Health Trust, a non-profit scientific and policy think tank focusing on cell phone radiation. She was the founding director of the Board on Environmental Studies and Toxicology of the US National Research Council and Founding Director, Center for Environmental Oncology, University of Pittsburgh Cancer Institute, former Senior Advisor to the Assistant Secretary for Health in the Department of Health and Human Services and a member of the NTP Board of Scientific Counselors from 1983 to 1986. She is also convenor of the Israel Institute for Advanced Studies Expert Symposium on Wireless Radiation and Health, Hebrew University of Jerusalem 2017 and a member of the Founding Editorial Board of Oxford Bibliographies in Environmental Science.