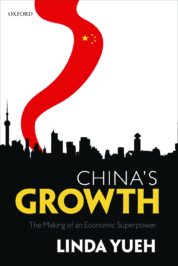 China's Growth: The Making of an Economic Superpower

Amidst the uncertainty around what will happen after Britain’s historic vote to leave the European Union, there is some clarity about the next steps. Boris Johnson, the prominent Leave campaigner and PM contender, has set out his views in a newspaper article in which he says that Britons will have the right to live and work in the EU and the “only change” after Brexit is wresting control back so that we are no longer subject to EU laws. This includes the ability to control migration.

Is it possible to retain access to the European market but not be subject to EU laws, including the freedom of movement of people? So far, the EU hasn’t granted that to the non-EU countries which have negotiated the right to access the Single Market.

There are 3 countries in the European Free Trade Association (Norway, Liechtenstein, Iceland) plus Switzerland which also has access to the Single Market via a series of treaties in the European Free Trade Association. All accept freedom of movement of people in exchange for their varying degrees of access to the largest economic bloc in the world. Indeed, it’s described as “perhaps the most important right for individuals, as it gives citizens of the 30 EEA countries (EU plus these 3 countries) the opportunity to live, work, establish business and study in any of these countries.”

To give a sense as to how integral free movement of people is, Switzerland’s two year struggle to impose a quota on EU migrants is telling. In February 2014, the Swiss voted in a referendum for controls on EU migration. But, the EU wouldn’t budge on the principle of the freedom of movement of people, so the negotiations have dragged on with no conclusion. Ironically, they are exploring using the “emergency brake” that the British Prime Minister David Cameron had negotiated prior to the EU referendum in the UK that would have restricted in-work benefits for new migrants and potentially lessened the “pull factor” of economic migration to a higher income country.

Remaining in the European Single Market has also been touted by a range of businesses and policymakers, including the Mayor of London, as being crucial in Britain’s future relationship with the EU. Not all Leave campaigners may agree, of course, since some had advocated leaving the Single Market and just having a free trade agreement (FTA) with the EU.

A FTA wouldn’t confer the right to live, study, and work in the EU, so it remains to be seen whether Boris Johnson can deliver on what he wrote.

The Single Market is much more than a free trade agreement. By applying the same rules and standards on goods and services, it frees up trade and investment in ways that allows a business to treat the half a billion people in the EU as a single market for their business. So, it’s not about tariffs but what economists call non-tariff barriers that matter, in some instances more, especially for small businesses where the ease of selling across borders can be heavily affected by standards and rules.

And, for businesses, small and large, the European market is important.

The Institute of Directors surveyed its members after Brexit. Of the 1,092 UK firms, a quarter were freezing reruitment, some 20% were considering moving their operations abroad, and 5% even said redundancies were possible.

This reaction reflects the uncertainty that has been seen most vividly in markets, but also importantly for the economy, the big question marks over the UK’s future relationship with Europe.

It may well be that the cost of gaining access to the Single Market is too great if it means accepting the free movement of people. Of course, it’s not just immigration policy. Like the other non-EU countries that access the Single Market, the UK will also have to accept the rules set by Brussels. And that may well be unacceptable since Boris Johnson had stressed that the only change was that Britain won’t be governed by EU laws.

But, that is the unavoidable trade-off: access to the EU Single Market versus control over migration.

Now, if the UK were to gain some, but not full, access to the Single Market, would the EU be willing to permit the UK to retain control over migration and compromise one of its fundamental principles? And what would that look like? Would other EU countries want the same deal or threaten to leave?

The EU hasn’t so far granted any such “Single Market-lite”, but there are those who have argued that Britain is a more important economy than Switzerland or Norway, etc., so the EU will want to sell to the UK and offer more concessions.

On the other side, there are others who insist that granting Britain the benefits of the Single Market without the free movement of people is setting the wrong example for other EU countries who also want to control migration and may leave too. A breakup of the EU is an outcome the EU leaders certainly want to avoid.

We will eventually find out who’s right, but there is no doubt that this is a challenging trade-off with a lot at stake for the economy.