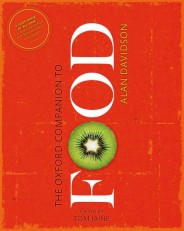 The Oxford Companion to Food

But is snacking good for us? Eating and mealtimes are (inherently) the result of physiological needs. It takes about four hours after eating for the glucose levels in our brains to dwindle, at which point the brain starts to use glycogen, which is stored in body tissues and reprocessed by the liver. That’s when our appetite kicks in, telling us to start eating again.

In times and places when food supplies might be unreliable, it is better for us to eat one or two big meals a day. This is because these will increase the fatty deposits in our bodies, and so improve our chances of survival (as you don’t know when your next meal will come). However, where the food supply is certain our bodies can much better survive on fewer, smaller, but more regular meals. Therefore, the modern trend of snacking frequently throughout the day is seen as “nutritionally rational”.

Like anything, though, it depends on what snack food you are eating to determine how healthy this really is! We’ve collected together 10 surprising facts about snack foods from around the world, all taken from The Oxford Companion to Food.

Discover the new edition of The Oxford Companion to Food either online or in print. This blog post has been written by the Oxford Reference marketing team.

Misattributed quotations: do you know who really said it? [quiz]