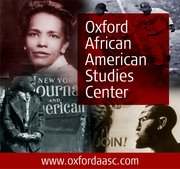 In 1996, decades before the trending hashtag, Reverend Jesse Jackson led a boycott protesting the lack of diversity at the Oscars. Having encouraged attendees to wear a rainbow ribbon in support of the issue, he was ridiculed for his efforts.

Twenty years later, #OscarsSoWhite has led the Academy of Motion Picture Arts and Sciences to take action by implementing a “series of substantive changes designed to make the Academy’s membership, its governing bodies, and its voting members significantly more diverse.” Cheryl Boone Isaacs, the first African American president of the Academy, recognizes the problem is not exclusive to her organization or the awards show. Filmmaker Steven Spielberg supports the need to diversify Academy membership but takes issue with the current approach, as it is possible that some of the Academy’s changes may inadvertently lead to more exclusion. Spielberg is concerned the new ten year voting status and renewal process may take votes away from those who have paid their dues but are now retired. It is actually more likely to negatively affect women and people of color who are hired less consistently for qualifying projects than their white male peers.

Still, the Academy’s actions expose other areas of the industry that have failed to act. As USC professor Stacy L. Smith explains, “We don’t have a diversity problem. We have an inclusion crisis.” Unlike Reverend Jackson, Isaacs and allies in the effort to overhaul the industry have the momentum of the Black Lives Matter Movement and collective protests against institutionalized racism, sexism, and homophobia. This is the perfect time to capitalize on the moment to make wholesale changes that will fundamentally alter the film industry in front of and behind the camera, in a way that more accurately reflects the demographics of the nation.

Historical patterns of exclusion are generally well known as indicated by public frustration expressed on Twitter and other social media outlets that were not yet available twenty years ago. The problem is systemic, embedded in industry practices and attitudes exposed in last year’s Sony email leak. The leak confirmed what many of us already knew: racism and sexism are so deeply embedded in industry practices the invisibility of people of color and women has become the norm. For this reason, many people of color do not watch the Oscars anyway.

Through the Academy, Isaacs has determined to lead the industry in fixing the system that is primarily responsible for the all white acting, directing, and best picture nominations. As Whoopi Goldberg says, “You can’t vote for what’s not on the screen.” I’m less inclined to agree with Goldberg’s assessment that the Academy “can’t be too racist” because she won the award. Such a limited perspective does not consider the ways systemic racism works, allowing limited access to an exceptional few who serve as evidence of progress even as the system continues to perpetuate the same race and gender ideology in casting, funding, marketing, and distribution. In their responses to the controversy, producer Will Packer and filmmakers Spike Lee and Steven Spielberg have drawn attention to the racial and gender disparities in these areas. Filmmaker Ava Duvernay has also called for the use of new terms to even discuss the matter, as the word “diversity” has become a “medicinal word that has no emotional resonance, and this is a really emotional issue…for artists who are women and people of color to have less value placed on our worldview.”

No one lives or dies on the basis of an Academy Award, but the outcome of this controversy still matters. In many ways, it shows how a mainstream institution holding itself accountable for charges of racism and sexism exposes its own systemic insidiousness. Historically, Hollywood has not implemented long-term changes to combat such issues, which is one of the reasons independent film has been a critical necessity.

What began as a trending hashtag has become a call to action that should draw more attention to independent filmmakers and alternative marketing and distribution strategies that do not rely on Hollywood to change its ideologies and practices. Jada Pinkett Smith, in an online video, commented that “the Academy has the right to acknowledge whomever they choose, to invite whomever they choose. and now I think that it’s our responsibility, now, to make the change. Maybe it is time that we pull back our resources and we put them back into our communities, into our programs and we make programs for ourselves that acknowledge us in ways that we see fit that are just as good as the so-called ‘mainstream’ is.” Whether she realizes it or not, people of color and women have been taking responsibility to develop programs for these under-served communities.

Black independent filmmakers in particular have been hustling outside of Hollywood since the days of early filmmaker Oscar Micheaux. Regardless of criticism of Tyler Perry’s aesthetics, he has managed to develop a business model that circumvents Hollywood’s traditional path to economic success, using an approach that allowed him to compete with industry insiders like Spike Lee in terms of the quantity of films produced in a shorter time span.

In addition to the Oscars, there are award shows celebrating the work of people of color, such as the NAACP Image Awards, BET Awards, and now the American Black Film Festival Awards founded by Jeff Friday. Unfortunately, nominations and wins for these awards have not yielded the same professional rewards as an Academy nod. The system is designed to maintain the status quo and the attitudes of industry insiders who buy into this value system do not help the cause. Major stars like the Smiths, who have enjoyed access and accumulated wealth within the industry, can now use the star power and resources they have amassed to support the countless artists working tirelessly to tell stories that matter to those who have been excluded in the Hollywood mainstream.

The trending #OscarsSoWhite hashtag is reinvigorating conversations about the possibilities of creating a broader range of work that truly reflects the depths of humanity and ranges of cultures throughout our nation and around the world. While some suggest the Smiths are speaking up now because Will Smith was not nominated for an Academy Award for Concussion (2015), it does not really matter. Will Smith may not have worn a rainbow ribbon in support of Jesse Jackson’s 1996 Oscar boycott, but he was one of several artists who boycotted the Grammy Awards in 1989 when the show refused to air the rap category during its live broadcast. There is some precedent for his taking a stand. But this is bigger than the Smiths, Don Cheadle, George Clooney, Lupita N’yongo, Michael Moore, Reese Witherspoon, Viola Davis, and others who have been speaking out. This year’s host, comedian Chris Rock, has remained mostly silent in the press on the lack of diversity and calls for him to step down in support of the protest. Rock’s commentary will air live during the broadcast, which should be quite informative considering his biting criticism of Hollywood in his 2014 essay in the Hollywood Reporter.

This controversy has the potential to spark the revolution I call for in Shaping the Future of African American Film: Color-Coded Economics and the Story Behind the Numbers by encouraging black stars to use their star power to circumvent Hollywood and continue to create work by and for people of color and women across multiple platforms. Time will tell if anything will truly change. Ongoing collective action from every area of the industry, including audiences, is the only way to ensure we are not trending the same hashtag, or whatever will be the equivalent, 20 years from now.

Image Credit: “Crowd lining street under the marquee of the Pantages Theater at the 31st Academy Awards in 1959” by Los Angeles Times. Public Domain via Wikimedia Commons

Monica White Ndounou is Associate Professor of Drama & Dance at the Tufts University School of Arts and Sciences. Her recent book, Shaping the Future of African American Film: Color-coded Economics and the Story Behind the Numbers (Rutgers University Press), identifies the intersection of race, culture, and economics as the critical site for determining the future of African American film.