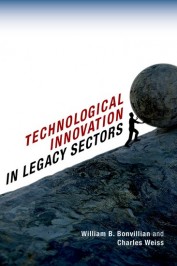 The United States faces a paradox: being on the cutting edge of technology seems to have in recent years only a marginal effect on job creation. The history books and our traditional economic theories seem to have failed us – whereas before, technological revolutions usually led to tremendous growth in both GNP and employment, now, on the eve of some of the most impressive innovations we’ve ever seen, the economy and employment are recovering since the 2008 ‘Great Recession’ at the slowest rate since the Depression.

Puzzling, indeed. The changing relation between technological advance and economic growth is not a new story. The story is not entirely mysterious, and esteemed economists have given their own readings of it, but there’s an almost an irony in how elusive a full explanation has been.

Think of the problem like this: each step forward in technology, theoretical and physical, implies investment and social benefit. These have usually led to the growth of the economy, because of the new opportunities for everyone, and to job growth for workers involved in new technologies and the value chains they create. The United States still spends more money than other nations on R&D, even if the ratio of this spending to GDP is declining. But where’s the money going?

Some recent explanations blame growing income inequality, either explicitly or implicitly. Essentially, some economists argue growth has slowed because greater wealth is less useful if it’s concentrated, and technological advance facilitates concentration. Productivity gains mean automation, which can mean less employment in the short term; similarly, these gains mean an increase in the rates of return to capital, which accelerates wealth concentration when rates of return outpace economic growth. Finally, an ever greater skill premium in the United States widens the gap between the upper and lower middle class.

Separating innovation and production is a flawed strategy because the two are symbiotic.

Something still seems unsatisfying about these answers; dazzling inventions, our gut tells us, should still lead to dazzling growth. The United States faces difficult social problems, and the 2008 financial crisis is still recent memory, but the limping growth seems to demand greater explanation. Not to mention that all these together would seem to imply not a job disappearance, but a job shift, from which greater productivity should mean an increase in real wealth and in which new industries, for all the fear of automation, actually create new job categories with higher skill premiums.

This is what three centuries of industrial history has told us. It’s tempting to argue that this revolution has been different, but this assumption seems unlikely on its face. Certainly, IT advance has rendered many jobs obsolete, but, considering the burgeoning IT sector, this revolution seems almost gentle in its job destruction compared to previous revolutions in agriculture and factory automation.

There’s an intuitive answer that makes our paradox seem banal. It supplements the other theories, while providing an important new perspective; it’s built on one of the traditional theories of growth slowdown, but adds an important second step that more fully explains why the phenomenon does not seem to have stopped: the short version is that it’s a subtle effect of technological change and globalization – more subtle than the simple offshoring of low-skilled, low-productivity jobs.

First the United States production economy is being hollowed out. Economists have typically seen this as the US embracing its comparative advantage. The United States’ cultural fixation, if not its actual policy focus, on cutting edge tech is built around the idea that the United States can shed less technical jobs in favor of more skilled ones. But this should again suggest a trend toward higher skill, greater productivity, and growth in high-tech employment.

But the second step of globalization suggests something more insidious. The United States is losing a tug of war on the value-added chain. The United States is not simply losing jobs, it is losing increasingly sophisticated jobs, not only in manufacturing but also in process development and design, which are important and often neglected areas of innovation. Our lost expertise and equipment is percolating upward. Separating innovation and production is a flawed strategy because the two are symbiotic. By creating a fault line between the two, and distributing our production, we’ve begun the process of eroding our advantage in high tech.

William B. Bonvillian is Director of the MIT Washington Office. Charles Weiss was Distinguished Professor of Science, Technology and International Affairs (STIA) at the Georgetown University School of Foreign Service until his retirement in 2014. They are the co-authors of Technological Innovation in Legacy Sectors.