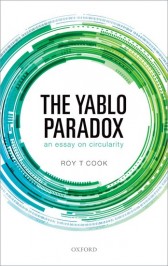 The Liar paradox is often informally described in terms of someone uttering the sentence:

I am lying right now.

If we equate lying with merely uttering a falsehood, then this is (roughly speaking) equivalent to a somewhat more formal, more precise version of the paradox that arises by considering a sentence like:

This sentence is false.

If we accuse someone of lying, however, we don’t typically mean that someone merely told a falsehood. For example, if someone tells you that the Earth is hollow because they truly believe that to be the case, we wouldn’t typically call that person a liar. Instead, we would be more likely to accuse them merely of getting things wrong. In short, what seems important about lying is not the falsity of the utterance, but rather the intent to deceive.

Thus, we might adopt the following definition of lying (the subscript is to distinguish this understanding from a second understanding of lying I will introduce below):

S is lying1 when she utters P if and only if:

Notice that condition (3) is required since there might be all sorts of reasons other than deception for uttering a claim that we believe is true. We might be reasoning hypothetically, or discussing a fiction, or reading a mistaken historical text aloud, or engaging in a multitude of other uses of language. But, for the remainder of this post, let’s restrict our attention to situations where the speaker is making an utterance in order to convince the audience that the utterance in question is true. In such cases, we can simplify our definition to:

S is lying1 when she utters P if and only if:

Given this somewhat more sophisticated account of lying, we can now ask the obvious question: is a straightforward utterance of the lying1 variant of the familiar Liar paradox sentence  paradoxical?:

It is worth noting, however, that, we sometimes accuse someone of lying even if they say something true. For example, if someone truly believes that the Earth is hollow, but tells you that it is not in order to hide the existence of some (mistakenly believed-in) underground society from you, it seems right to say that the person has lied even though what they said is true. In short, lying might not require uttering a falsehood, but might intend be merely an utterance that is intended to deceive. Given this idea, we can consider another, somewhat simpler definition of lying:

S is lying2 when she utters P if and only if:

Condition (3) is required for the same reasons as before, but as before we can restrict our attention to situations where the speaker is making an utterance in order to convince the audience that the utterance in question is true, arriving at the following simplified account:

S is lying2 when she utters P if and only if:

Again, the obvious question: is a straightforward utterance of the lying2 variant of the familiar Liar paradox sentence paradoxical?:

The answer is easy, since L2 is just equivalent, given our definition of “lying2”, to a familiar puzzle regarding self-reference and belief:

I believe that this sentence is false.

Another way of putting all of this is as follows: when uttering L2, the speaker believes they are not lying2 (i.e. believes the negation of L2) if and only if they are in fact lying2. Hence, on the lying2 understanding, whether or not one is lying is not something one can always know, even though whether one is lying depends solely on what one believes. This is not quite a paradox, but is puzzling nonetheless.