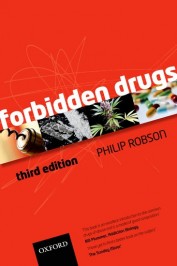 Bill W., the co-founder of Alcoholics Anonymous, took an acid trip in late 1950s that reportedly allowed him to revisit the mental and spiritual condition that had inspired him to swear off booze in the first place. Although AA has no religious affiliation, the numerous references to God throughout the twelve steps make its emphasis on interior discovery and redemption an indispensable part of the program. The psychic state occasioned by Bill W.’s experimentation with LSD was so powerfully therapeutic, in fact, that he was inspired to recommend the drug to other recovering alcoholics.

But his particular brand of unorthodox spiritualism, which included Ouija board séances and further experimentation with psychedelics, didn’t sit well with the AA membership at large. The risks of the chemical compound—or lack thereof—had not yet been established, but LSD and other psychedelics had already gained a reputation as drugs that fueled the subversive attitudes of the counterculture that would prevail in the following decade.

While the full history of psychedelic research cannot be summarized concisely, it seems to have ended, at least for a time, with Richard Nixon’s signing of the Controlled Substances Act in 1970. The statute placed compounds like LSD, psilocybin, and other psychedelics in the Schedule I category—rendering them illegal to manufacture, distribute, or use—and designated them as having no accepted medical use for treatment within the United States. The reputation of these compounds is undergoing rehabilitation, but we can’t know how long it will take to shrug off the weight of the mischaracterizations that have been heaped on them for years.

In fact, a renaissance in psychedelic research has taken place over the last decade. Horizons: Perspectives on Psychedelics, which will celebrate its tenth anniversary next year, is a hub for researchers to share their findings on everything from clinical psychedelic research to advances in public policy. Kevin Balktick founded the conference in New York City to bring together leading researchers in the field, and the conference has seen impressive growth since its inception in 2007. Horizons has assembled some of the most pioneering figures in the field of psychedelic research, including Anthony Bossis, the principal investigator of the NYU cancer anxiety study; Earth and Fire Erowid, the leaders of Erowid, a non-profit organization that documents experiences with psychoactive chemicals; and Dennis McKenna, brother of famed ethnobotanist, psychonaut, and mystic Terrence McKenna.

Among this year’s list of speakers was Rick Doblin of the Multidisciplinary Association for Psychedelic Studies, who spoke about the use of MDMA in the treatment of post-traumatic stress disorder. Doblin, something of a hero in the movement, founded MAPS to facilitate research into scheduled substances. The organization helps scientists fund, design, and obtain approval for their studies. Neil Goldsmith, a psychoanalyst who spoke about the relationship between death and psychedelics, served as the event’s emcee and set the tone for the event.

Academic conference each have their own atmospheres (entomology gatherings feel different from political science conclaves, for example); perhaps it is because of the relative freshness of the field, but this one was shot through with a sense of wonder and optimism rarely found in other disciplines. And despite a distinctive mood of conviviality, the aesthetic trappings of hippiedom one might expect of a psychedelics conference were limited to a smattering of tie-dyed shirts.

Psychedelic inquiry hasn’t yet gone mainstream, but it is no longer restricted to the fringes of the research community. Oxford University Press’s own JNCI: The Journal of the National Cancer Institute published an editorial in 2012 recognizing a number of early-stage psychedelic studies, such as the NYU cancer study, that show promise. More recently, UK-based medical journal The Lancet encouraged readers to “turn on and tune in to evidence-based psychedelic research.” A TED talk from Roland Griffiths, as well as an article by Michael Pollan in the New Yorker, have been other sources of good press. And though these substances could still be better understood, there is strong evidence that their effectiveness is linked to measureable activity they cause in the brain, wherein a mystical experience—indistinguishable from those experienced by the devoutly religious—is induced in the test subject.

The first talk was given by Michael Bogenschutz, who oversaw addiction treatment programs at the University at New Mexico Health sciences center. This year, he came to the NYU School of Medicine to complete the first study of psilocybin-assisted treatment for alcohol dependence; he is now testing a similar model with a multi-site randomized trial. His session focused on the study, but began with a brief history of psychedelic interventions in the treatment of alcoholism. This included an account of Bill W.’s forays into LSD experimentation and William James’s prescient observation that “the only cure for dipsomania is religiomania.” When asked by an audience member to comment on his personal feelings about the research, Dr. Bogenschutz told the audience that this research has been the most personally rewarding of his entire career.

Matt Turney is an Assistant Editor for journals at Oxford University Press.