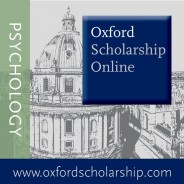 Volkswagen shocked the world. The world’s largest automaker admitted to creating software that would deliberately generate false exhaust emission information on many of its popular cars. Making matters worse, Volkswagen’s top leadership seemed unsure about how to respond to the crisis as it threatened the company’s reputation, operations, and long-term strategy.

The challenges faced by Volkswagen are repeated in organizations around the world. We have all seen the headlines: disruptive technology makes Kodak a relic, cyber hacking at Sony, miscalculated risk at AIG, and bad decision making at Lehman Brothers. What can organizations do to build resilience when faced with a devastating crisis?

Over the past 10 years I have worked with a team of researchers who have been studying organizational crisis like the one at Volkswagen. We reviewed product failures and operational crisis, as well decision-making blunders in business, government, the military, and politics. We paid special attention to how organizations learn from errors, failures, and setbacks.

All four areas of resilience require learning, but effective learning across all four areas is difficult. Our research points to four lessons that Volkswagen can learn about resilience from the Texas City disaster, Lehman Brothers, and Air France.

First, resilient organizations build a system wide approach to learning. Every individual in the organization, from the frontline employees to the board of directors, needs to advocate for surfacing and responding to problems, errors, and risks. The BP Texas City oil refinery explosion provides a series of harsh lessons. An official investigation concluded that warning signs of operational failure had been present for years, but leadership failed to address these warning signs. Further, BP management touted low personal injury rates, but overlooked system wide safety issues. Years of budget cuts and lack of investment led the company to ignore important safety issues in favor of easy fixes.

Volkswagen should implement a new system of accountability from upper management to engineers, from the production line to dealerships. Whether it’s the strategic direction of the organization, improving new technologies, testing, or annual inspections, people should be judged not only on financial but educational results.

Second, resilient organizations remain open to bad news. In the case of the Lehman Brothers bankruptcy, leaders failed to accept the declining position of the company. Employees who brought bad news were treated as disloyal. In contrast, resilient leaders court bad news and opposing viewpoints because these counterintuitive ideas help uncover possible complications. Setbacks become minimized since the organization has already become aware of potential problems.

Volkswagen should create an independent reporting system for potential ethical concerns of employees so problems can be surfaced and addressed in a safe environment.

Third, resilient organizations know that most risks do not unfold without warning but follow predictable patterns. The causes for breakdown are often well documented within an industry or among an organization’s workforce. For example, in the Texas City disaster, the Occupational Safety and Health Administration found over 300 willful violations of safety rules, suggesting that leaders either ignored or were indifferent to significant safety concerns.

Volkswagen should appoint independent internal investigators to discover when and where concerns failed to be given appropriate attention. Staff and systems should be reconsidered in light of multiple failures.

Fourth, when an unfortunate breakdown emerges, organizations need to assure that they can return to normal operations quickly. In reviewing the Air France Flight 944 disaster and other airline accidents, we learned that a common response by pilots in the face of equipment failure is to focus on flying the plane. In other words, pilots often respond to a threat by returning to fundamental issues associated with flight. During the Air France breakdown, pilots became distracted by warning signals and computer reports that led them to overlook the fundamental issues involving generating lift and maintaining airspeed. In the case of organizational leaders, the fundamental issues might involve returning to normal operations, generating review, or regaining reputation.

Volkswagen should focus on their strengths from engineering to design and how to support those fundamentals with new information following their emission scandal.

Organizations like Volkswagen and others will continue to experience threats to resilience. Their ability to learn from other organizations that have experienced crisis will help them overcome organizational challenges that have become an expected part of working in complex world.

D. Christopher Kayes is Professor and Chair of the Department of Management at the George Washington University School of Business. He is the author of Organizational Resilience: How Learning Sustains Organizations in Crisis, Disaster, and Breakdown, now available on Oxford Scholarship Online. "Chapter 1: Learning from Experience" is free to read for a limited time.