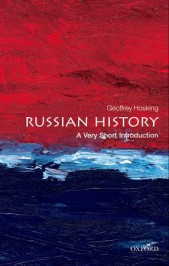 The October Revolution was probably the determining event of the twentieth century in Europe, and indeed in much of the world. The Communist ideology and the Communist paradigm of governance aroused messianic hopes and apocalyptic fears almost everywhere. In all European countries from the 1920s to the 1980s there were Communist parties – except where they were forbidden because of the fears they aroused, and even then some of them survived underground. Fascism and Nazism, vehemently nationalist and anti-Communist, became widely popular largely because of that fear.

The fear was justified. In the 1930s Stalin‘s regime instigated some of the most destructive policies any government has ever practised. It became obsessively centralised and authoritarian. The collectivisation of agriculture and accompanying dekulakisation (expropriation of ‘rich peasants’) caused a major famine and hobbled food production for decades to come. The ruling party leaders, gripped by their own millennial hopes and apocalyptic fears, broke into squabbling factions which Stalin was able to master only by unleashing a campaign of terror in which millions of people died, by firing squad or in forced labour camps.

The Second World War was the greatest confrontation between Communism and its enemies. Stalin’s terror, applied in the military, almost crippled the Soviet war effort at first, and it was a full eighteen months before the army was in a condition to exploit its homeland’s greater resources and drive the Germans out of the country. There followed the creation of a Soviet bloc, where Stalinist policies were imposed on the countries of Central Europe, often against the wishes of even the Communist leaders there. At the other end of Eurasia the Chinese Communists overcame Japanese fascism and then by its ruthless narrow-mindedness and recklessness caused a famine even more destructive than the Soviet one.

Yet Soviet Communism could boast of achievements too. Perhaps the greatest of them, despite the shaky start, was the defeat of Nazism. That would not have been possible without the programme of rapid industrialisation implemented by the Soviet regime from 1928 in the Five Year Plans. The Communists also launched and directed a programme of mass education at all levels, until almost universal literacy was attained. Scientific research and its technological application reached a very high level, dramatised by the launch of the first space satellite (Sputnik) in 1957, followed by the first manned spacecraft in 1961. Gradually too, the Soviet leaders created a welfare system which catered for the population’s needs in housing, transport, health care, education and guaranteed a basic security to everyone.

What then brought about the end of the Soviet Union? Its leaders held to the messianic promise of Marxist–Leninism, mixed with a good dose of Realpolitik, and they sought and tried to sustain great power status as an equal of the USA, the great capitalist adversary. The Cold War was the product of this ideological rivalry. In the long run the centrally directed Soviet economy proved too inflexible to keep up with the military innovations required for that purpose. The Soviet education system fostered an intelligentsia which became increasingly disillusioned with Communism and hankered after the greater cultural diversity and intellectual liveliness, as well as the greater affluence, of the West.

But there was another crucial factor too, another product of the paradoxical blend of Communist success and failure: the creation and/or consolidation of national identity among the various Soviet peoples. This was so contrary to Marxist principles that it needs dwelling on. In the 1920s the Soviet leaders aimed to encourage the administrative, linguistic and cultural development of the non-Russian peoples in theoretically autonomous national republics and to reduce the privileges of the hitherto dominant Russians, whom Lenin regarded as ‘chauvinists’. This was on the whole an enlightened and humanitarian concept. In practice, though, it gradually succumbed to the Communist leaders’ obsessive drive to control everything from above, i.e. from Moscow. The Five Year Plans ensured that each republic’s economy was developed, not for its own needs, but for those of the Union as a whole. Uzbekistan was required to concentrate on cotton production, even though its prime minister complained ‘We cannot eat cotton’. The highly centralised structure of the Soviet Communist Party ensured that little initiative was left in the hands of the non-Russian Communist leaders. Nationalities which had expected home rule were subject to a brutal dictatorship under Stalin.

Even worse things followed. When Estonia, Latvia, Lithuania, West Belorussia and West Ukraine were annexed in 1939-40, most of their military officers and professional people were deported to Kazakhstan or Siberia, if not simply murdered. In some cases whole peoples were deported, like the Meskhetians and Crimean Tatars.

These contradictions ensured that national relationships were unstable. Many non-Russian peoples felt that in practice they had no freedom and little opportunity for developing their own culture, even though the Soviet Constitution promised them those benefits. Resentment was liable to burst out when governmental pressure was softened. Under  in the late 1980s it was the most resentful peoples who impelled the Soviet Union decisively towards collapse. Lithuania, Latvia and Estonia were the first to declare secession from the Soviet Union, while the referendum held in Ukraine on 1 December 1991 dealt the final death blow to it. In other words the most brutally treated peoples precipitated the break-up of the country.

Most Soviet peoples experienced that break-up as national liberation. For Russians, however, who had lived in all republics and thought of the Soviet Union as ‘their’ country, it was deprivation. That is a perception which still rankles today, and it underlies the current Ukrainian crisis. In that sense, the legacy of the October Revolution is still with us.

Geoffrey Hosking was formerly Professor of Russian History at the School of Slavonic and East European Studies, UCL from 1984 to 2007. He has written numerous books including Beyond Socialist Realism (Holmes and Meier, 1980), A History of the Soviet Union (Fontana Press, 1992), Russia and the Russians (Penguin, 2001), Trust: money, markets, and society (Calcultta & London, 2010), and Russian History: A Very Short Introduction (OUP, 2012). He is a Fellow of the British Academy.