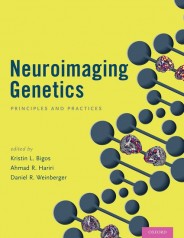 It was because of these women pioneers in academia and their perseverance to succeed in the face of adversity that it is possible for women like me to become professors in science and medicine.  The womens’ movement of the 1960s and 1970s made girls like me who grew up in the 1980s truly believe they could be anything they wanted to be.  While it is true that with a lot of hard work a girl can achieve just about anything, what I was naïve about back then is that I would not experience discrimination or bias against women.  Almost 90 years after the University of Pittsburgh hired its first woman faculty member, I received my doctorate in a department where there was only one woman professor (who became the dean of the school).  Half of my classmates in my Pre-medicine program at Pennsylvania State University and half of my classmates in Clinical Pharmaceutical Sciences at Pitt were women.  I would go on to do a post-doctoral fellowship at the National Institute of Mental Health, where the majority of post-docs in our branch were women.  In my current institute, 73% of the post-docs are women.  So why are there so few women faculty members?  I am one of only 3 women, all assistant professor rank, out of 25 faculty members (12%) at the Lieber Institute for Brain Development, a private institute affiliate with Johns Hopkins.  Across the entire Johns Hopkins School of Medicine only 132 (22%) of the 590 tenured faculty are women. My experience reflects national statistics.  According to Nature Neuroscience, while 56% of undergraduate degrees in science and engineering are conferred to women, and 50% or more of science doctorates and post-doctorate fellowships are awarded to women, only 32% of faculty positions are held by women. There have been many articles written about why women are likely to quit at the post-doc to principal investigator transition, as well as articles that talk about the things that keep women out of science. I want to talk about what we can do to keep women in the science pipeline.

Organizations like the Society for Neuroscience, which is holding its annual meeting this week, recognize that “science is stronger with the expertise and input of diverse voices, including women” and have created programs like IWiN (Increasing Women in Neuroscience).  Such programs are imperative considering the state of affairs.  Out of the top 10 global universities for neuroscience and behavior, only one has a female department chair, and only 36% of the chief editor positions of the top ten neuroscience journals (by citation ranking) are held by women.  I believe that we need to continue empowering young girls and teens like A Mighty Girl website, which is dedicated to raising smart, confident, and courageous girls.  Maya Angelou said “Courage is the most important of all virtues, because without courage you can’t practice any other virtue consistently.”  Women in science and medicine must practice courage to become resilient, which is the only way to continue this career.

One strategy that I would like to focus on is peer mentoring.  A problem with women rising the ranks of academia is the lack of good mentors, especially more senior women mentors, who serve as an advocate for younger women.  At NIMH, I joined a group created by female post-docs called the Sister Scientist Club, founded on the concepts in Every Other Thursday: Stories and Strategies from Successful Women Scientists by Ellen Daniell. We met over lunch and helped each other navigate the NIH and serve as sounding boards to practice things like negotiating (usually with our male post-doc advisors) or interviewing for faculty positions.  I found these sessions to be absolutely essential to my ability to have courage, be resilient, and practice the confidence that I would need in the next few years while making the big jump to my first faculty appointment.  Female friendships and collaborations are not a novel concept but the idea of “Femships” has currently been in the media recently for reducing gender inequalities by women helping each other fulfill their professional potential.  I am now in a women faculty book club that serves a similar role as I navigate the next steps of my journey in academic science and medicine.  Madeleine Albright, the first female U.S. Secretary of State, makes an important point by saying, “There is a special place in hell for women who don’t help other women.”  I currently have young women research associates in my lab who I encourage to support and motivate each other.  My hope is that they experience less bias and discrimination in their careers as I and my peers have experienced, and by the time my toddler son’s generation begins their career, we will no longer need to make the reference to a “woman” faculty member.  As Drew Faust said, “I’m not the woman president of Harvard, I’m the president of Harvard.”

Kristin L. Bigos, PhD is Investigator at Lieber Institute for Brain Development and Assistant Professor of Medicine at Johns Hopkins. She is also co-editor of Neuroimaging Genetics: Principles and Practices.