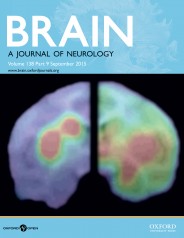 Picture yourself waking up in the hospital. Your body is hurting, but you can’t remember what happened. The doctor tells you that you had a severe accident causing you to lose your left arm. You think: “I definitely don’t feel well, but surely the doctor must be mistaken; I can clearly feel my hand and in fact it is hurting.” You turn your gaze at the blanket covering your hand. You want to lift your hand to show it to the doctors, but when you do so nothing happens. On a second look you realise the doctor was correct; the hand you can feel and move is no longer there…

Even decades following amputation, people report a continuous sensation of the limb that is no longer there. The ‘ghost’ of the hand can be perceived as vividly as you might feel your own hand. For 4 out of 5 amputees, phantom sensation of the missing hand can be perceived as quite unpleasant and even excruciatingly painful. People often describe the feeling as if the phantom limb is being crushed or burnt, or as if electrical currents are shooting through it. Some people experience the same pain they felt during the accident leading to the amputation, or disease leading to the limb loss, over and over again. Phantom pain is a chronic condition, and as such can be hugely debilitating. Beyond the impact of a chronic pain condition on quality of life, phantom limb pain will also make it more difficult for amputees to wear and use a prosthetic limb.

Phantom limb pain is notorious for being difficult to treat with conventional medicine. Doctors are having trouble figuring out how to treat pain in a body part that no longer exists. It is therefore important to provide understanding of the neural causes underlying phantom limb pain. Unfortunately, after decades of research, the origin of this syndrome is still unclear.

Originally, phantom limb pain was considered to be a consequence of the injury caused to the nerves transmitting information from the hand into the spinal cord. Since these nerves normally provide information of touch and pain originating from the hand, false input transmitted via these nerves could explain phantom sensations. But for the past two decades, this account has been largely marginalised, and the focus has shifted to the brain. Phantom pain is currently thought to be driven by brain changes in body representation, triggered by loss of input from the missing hand. Neuroscientists currently think that the region in the brain originally in charge of the amputated limb is invaded by neighbouring brain representations. The primary suspect is input relating to the lips, that following the loss of hand input will be re-routed into the missing hand area. Such mismatch between body representations is thought to cause the experience of pain coming from the phantom hand.

This theory of maladaptive brain plasticity has been extremely influential, not only in the neuroscience community, but also for clinicians. This theory provides clear predictions on how best to treat phantom pain: If pain is caused by maladaptive brain reorganisation, then to alleviate phantom pain we need to reverse it. One popular approach to attempt this is by “reinstating” the representation of the missing hand back into its original territory, using illusory visual information about the missing hand (the mirror box therapy).

Although multiple studies over the years provided evidence in support of the theory of maladaptive brain plasticity, some criticisms were also raised. The main assumption underlying the maladaptive plasticity theory, that input loss from the hand triggers a maladaptive domino effect of changed body representation in the brain, has been recently challenged. For example, our study, recently published in Brain, shows that the lip representation doesn’t invade the brain territory of the missing limb. Moreover, the relatively simple explanation of phantom limb pain being driven by false input from the injured arm nerve has gained new support. Finally, treatments designed to alleviate phantom limb pain based on the theory of maladaptive brain plasticity don’t seem to work consistently.

Instead, recent research shows that the brain territory of the missing hand might be utilised in order to support compensatory behaviour that amputees adopt in order to cope with their disability. According to this line of research, brain plasticity following amputation is adaptive, rather than harmful. The fact that brain resources can be reassigned in order to support new requirements provides new promise to neurorehabilitation – taking advantage of the nerves system abilities to improve rehabilitation.