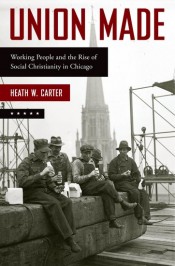 Union Made: Working People and the Rise of Social Christianity in Chicago

When I ask college students what they know about the origins of Labor Day, the answer is usually straightforward: not much. But if the labor movement’s story is not on the tip of their tongues, it says less about them than it does about our era. In recent decades, unions – weakened by plummeting enrollments and beset by powerful detractors – have struggled to steer public debate and even to determine the meaning of their own signal holiday. Little wonder that, for countless Americans, Labor Day is more about end-of-summer barbecues and back-to-school sales than it is about capitalism and class politics.

This hasn’t always been the case. Consider the lively debates that animated Chicago’s inaugural Labor Day celebration in 1885: 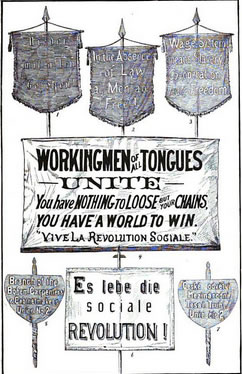 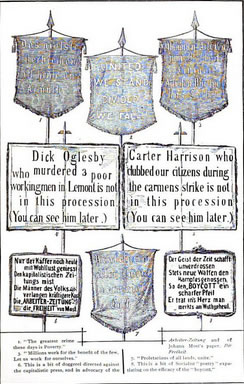 These snapshots from Chicago’s first Labor Day suggest a crucial difference between the Gilded Age of the late-nineteenth century and the one we find ourselves in today. Even as contemporary disparities between rich and poor approach historic proportions, Americans today are not nearly as engaged in the kinds of freewheeling debates over the morality of capitalism that consumed many of those who lived through industrialization’s peak decades. In their world, devastating recessions elicited fundamental questions about the shape of the nation’s economic life. In their world, concerns about the experiences of the workers and the fate of the working classes saturated public conversation. It is a world removed from our own and yet one that – on Labor Day, no less – is well worth revisiting.

Post images from Anarchy and Anarchists: A History of the Red Terror and the Social Revolution in America and Europe. Communism, Socialism, and Nihilism in Doctrine and in Deed. The Chicago Haymarket Conspiracy, and the Detection and Trial of the Conspirators by Michael J. Schaack (1889). Public domain.

Heath W. Carter is an assistant professor at Valparaiso University, where he teaches a variety of courses on the history of the modern United States. He is a co-editor of two forthcoming volumes on religion in American history.