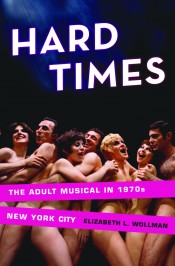 Because nothing noteworthy occurred anywhere in the world through the month of August and the first half of September, the local news in New York City turned its attentions to a few women who have apparently been bothering people in the otherwise calm, decent section of Manhattan known as Times Square. If you’ve been distracted by lesser news about displacement, misery, and Republican presidential candidates, and have missed out on this hard-biting story, I’ll fill you in: the desnudas, or painted ladies, are a group of women who paint their naked torsos (red, white and blue is popular, presumably because Americans love the flag and also boobs), slip on thongs (for modesty), and hit the streets to solicit tips in exchange for photographs. Concentrated in Times Square since summer 2013, the number of desnudas now working among the throngs of costumed cartoon characters, superheroes, and bronze or silver standing-still-guys making a living greeting tourists has apparently grown to about a dozen in the past two years. This alarming rash of approximately 12 women with their approximately 24 painted breasts has prompted tourists, locals, less buxom street performers, and city officials to wring their hands in collective despair. Since there is clearly no better use for the police in this boring little town, undercover cops have been unleashed in Times Square to babysit the desnudas, especially once news broke that some of them have been rubbing up against or grabbing male passersby. The uptick of cops has paid off big time: one whole desnuda was recently arrested for agreeing to have sex with a plainclothes officer for money.

The tits, in short, have hit the fan. Clearly, Times Square is not the place for shenanigans, especially not from the likes of about 12 highly threatening women in thongs, the occasional feathered headdress, and totally, completely, densely opaque paint covering their breasts. Despite the fact that you can’t see anything revealing under the paint (not like I’ve tried, really hard, on several occasions or anything), city officials are hung up about the desnudas, and suggestions about how to address them have ranged from inventing creative, loopholey ways to arrest them (public toplessness is legal in New York), to doing away with the Bloomberg-instigated pedestrian plazas that have attracted street performers and other tip-seekers in the first place.

But, come now, good gentlemen who watch over our city and seem to fear the very suggestion of breasts more than, say, men dressed as Elmo or Spider Man who turn out to be prone to anti-Semitic rants or random acts of physical violence. Times Square is never going to be the tidy, perfectly regulated playground for timid tourists you all seem to desperately want it to be. The sordidness of the neighborhood—which seeped indelibly into the very spirit of the place at least a century before a few entrepreneurs with paint-covered nipples started earning tips there—never went away, even during the mid-nineties when Mayor Guiliani insisted that it had. Sure, the establishments that most loudly touted the sordidness of the neighborhood are no longer centrally located. But darker, edgier, sexier forces remain. It’s just that now, they’ve taken the form of creatures who transform before your eyes from women in bikinis into women who are not actually wearing bikinis, or from men dressed as superheroes into brutes who beat the shit out of your dad when he doesn’t pay up after snapping a vacation pic.

Granted, over the past 15 years, city officials been especially aggressive in their efforts to remake Times Square into a sexless (if apparently still sexist), G-rated tourist attraction. Broadway theaters, after all, pump billions—that’s right, billions—of dollars into the city’s economy every year, so protection from street breasts is certainly a priority. But a particular brand of edgy raunchiness became part of the neighborhood—and part of the appeal of the neighborhood—long before the theaters got there, and even before it was dubbed Times Square. That happened in 1904, when The New York Times built and moved into the building that the New Year’s Eve ball still drops from, and under which the then-new subway system began bringing thousands of visitors to the neighborhood.

Before 1904, the neighborhood wasn’t officially called anything, though when locals bothered to discuss it, they referred to it as Longacre Square, merely because it, like Long Acre Square in London, was the center for the city’s carriage industry. Until the turn of the 20th century, Longacre Square was unlit, unpaved, lined with stables, and strewn with broken carriages and wagon wheels. It reeked of manure, which made it unappealing to everyone except the thieves and prostitutes who tolerated the stench, since they were guaranteed a flow of people who were largely unfamiliar with the area and thus targets for paid sex, a good con, or both.

In the first decades of the 20th century, as Manhattan and its subway system developed northward, the newly electrified Times Square replaced Union Square as the city’s most concentrated live entertainment center. Broadway—the artery whose name became synonymous with the commercial theater district—became lined with grandly ornate theaters, luxury hotels, upscale bars, and sumptuous restaurants. But if you’re thinking that during the Gilded Age, Times Square was solely a place for posh venues patronized by fancy people who didn’t like sex, you’re fooling yourself. The neighborhood’s side streets teemed with cheaper joints in which to eat, drink, carouse, and get down with the hookers. Times Square no longer stank of horse poop, but it remained a transient place, where people from all walks of life came in search of a good time. The prostitutes and thieves who inhabited the area when it was Longacre Square might have been sinners, but they weren’t morons. They stuck around because for lots of people, a good time involved getting sozzled and laid, even if a little hustling happened in the process.

The commercial theater knew that sex sells, too. Producer Flo Ziegfeld’s driving obsession with beautiful women willing to parade around in various stages of undress in his legendary Follies was part of what made him one of the most emulated producers in Broadway’s young history—especially since he was genius at convincing the middle- and upper classes that the “tasteful” nudity in his shows in the New Amsterdam Theatre was somehow representative of a classier brand of commodified sex than the kind you could find just outside on the street.

The balance that was struck between commerce and sex in Times Square was disrupted by the Depression. Ziegfeld lost his empire, the commercial theater industry shrank, many of the area’s businesses closed, and landlords scrambled to lease their venues. The city couldn’t afford to knock empty buildings down, so many spaces that survived became humbler versions of themselves. Theaters became burlesque houses or 24-hour second-run movie palaces (known as “grinders”); related shops and eateries became pawnshops, dive bars, cheap restaurants, penny arcades, wax museums. The tough but prudish Fiorello LaGuardia drove burlesque out of the city by the early 1940s, but Times Square hardly lost its edge absent a few women in pasties.

Following the financial crisis in the mid-1970s, during which thousands of city employees lost their jobs and New York suffered messily and in full view of millions of horrified potential visitors, officials stepped up efforts to address Times Square’s sleaze factor. By this point, the Broadway industry had become increasingly vociferous in its attempts to make the neighborhood’s theaters more accessible. The state’s “I Love New York” campaign, unveiled in 1977 in an effort to win back tourists, emphasized the magic of Broadway theaters. As visitors returned to New York through the 1980s and early 1990s, ideas were floated around as to how to make Times Square more inviting to people who weren’t pimps, con artists, drug addicts, or porn freaks. Plans for the neighborhood varied from leveling most of it and rebuilding it, to enclosing part of it and making it a huge mall, to using it as an extension of the midtown business district.

In the early 1990s, Dinkins, and then Giuliani, began to seriously court Disney, which had been hoping to gain a foothold on Broadway since the late 1980s. By the middle of the decade, a deal was struck in which Disney would renovate the dilapidated New Amsterdam—once home to Ziegfeld’s Follies and subsequently a leaky swamp housing a host of urban flora and fauna—in exchange for a cheap, long-term lease on the venue and an expanded presence in the neighborhood in the form of stores, billboards, and a studio for CBS. Once other corporations—including Tussaud’s Group, AMC Cinemas, and SFX (now Live Nation)—learned of the city’s sweetheart deal with Disney, they, too, came sniffing around.

But absent sex, the world would be a boring (and ultimately empty) place, and so too would Times Square, which has retained its baseness, no matter what the travel pamphlets promise. You can still find sex shops and peepshows there; they’re just no longer smack in the middle of the neighborhood. (Hint: Walk up Eighth Avenue, or west toward Port Authority, which hasn’t benefited one bit from the renovation.) I swear I haven’t gone looking, but I’d bet my best sequined thong that drugs and sex are still easily procured in the area too. Times Square’s underbelly might be tauter than it was in the Midnight Cowboy days, but believe me, it remains.

The city can do what it will. Arrest every person with breasts in an undercover sting operation. Create a designated space for street performers to get (partially) naked, juggle, stilt-walk, stand still while covered in silver spray paint, or dress like Minnie Mouse and recite The Protocols of the Elders of Zion. Replace the pedestrian plazas with moving sidewalks, jet skis, or boring old city streets. My guess is that nothing will magically transform Times Square from the Crossroads of the World into the Crossroads of Effete Middle-Class Respectability. Which is a good thing, really, if you think of it this way: when the zombie apocalypse is upon us, it’s totally going to start in Times Square. I would hope that before groaning masses of zombies wreak havoc on the nation, the desnudas will stop them, (un)dead in their tracks, by shaking their painted breasts at them and making them cower in fear—like so many elected officials.

Elizabeth L. Wollman is Associate Professor of Music at Baruch College in New York City, and author of Hard Times: The Adult Musical in 1970s New York City and The Theater Will Rock: A History of the Rock Musical, from Hair to Hedwig.