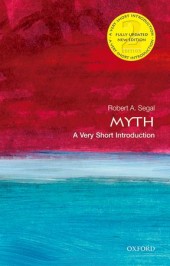 Myths have been applied to the arts and sciences for thousands of years and been used in seminal works by prominent figures such as Sigmund Freud, Claude Levi-Strauss, and Roland Barthes. Myths have also shaped societies and ideologies over the years, from nationalism to fascism, and helped forge the careers of infamous politicians.

How much do you know about the history of myth? Test your knowledge in the following quiz, based on Robert Segal’s Myth: A Very Short Introduction.

In the new edition of Myth: A Very Short Introduction, Robert Segal not only considers the future study of myth, but also considers the interactions of myth theory with cognitive science, the implications of the myth of Gaia, and the differences between story-telling and myth.

Robert A. Segal was born, raised, and educated in the United States. He received his PhD in religion from Princeton University. He taught in the US for many years at Reed College, Stanford University, the University of Pittsburgh, and Tulane University before relocating to the UK. He taught at Lancaster University, before moving in 2006 to the University of Aberdeen, where he is Sixth Century Chair in Religious Studies. He teaches and writes on theories of myth and on theories of religion. Among the books he has written or edited are The Myth and Ritual Theory (1998), Theorizing about Myth (1999), and 30-Second Mythology (2012). He is currently editing the Oxford Handbook of Myth Theory and is the author of Myth: A Very Short Introduction.