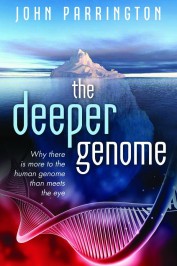 Nipple of a cat. Nose of a pig. Hair of a poodle. Eyes of a baboon. Brain of a chimpanzee. If this sounds like a list of ingredients for a witches’ cauldron, think again, for it’s merely a reminder of how many general characteristics we share with other mammals. This similarity in basic body parts has a genetic basis. So humans and chimps share 99 percent DNA similarity in our protein–coding genes and even the tiny mouse is 85 percent similar to us in this respect. Yet what is most remarkable about human beings is not what we have in common with other animals, but what distinguishes us as a species.

One key human difference is our capacity to shape the world using tools. Although some other species also use tools, what distinguishes humans is the way we have made tool use a systematic part of our lives, as well as the fact that our tools evolve with each new generation. So while there is little sign that the life of a chimpanzee in the jungle is that different from when our two species diverged seven to eight million years ago, in the last 50,000 years humans have gone from living in caves to sending spaceships to Mars.

Another unique attribute of our species is our capacity for language. This capacity is central to our ability to communicate with other humans, but is far more than just a communication system, being also a conceptual framework of symbols that makes our relationship to the world completely different to any other species. It is this that allows us to describe the properties and location of things, what happened to them in the past and might happen in the future.

Such unique features must ultimately be based on differences in the biology of the human brain, and the genetic information that underpins this. Our brains are the most complex structures in the known universe, containing around 100 billion nerve cells joined by some 100 trillion nerve connections. Understanding how human self-conscious awareness arose within this organ, why it is lacking in the brains of our closest biological cousins, and relating this to genetic differences between humans and chimps, is the biggest challenge in biology today.

Importantly, recent studies have identified major differences in the times at which particular genes are expressed during development of human brains compared to those of chimps. Such differences are especially prominent in the prefrontal cortex, a brain region involved in complex thought, expression of personality, decision making and social interaction. In particular, genes involved in formation of new synapses – the connections between nerve cells – peak in expression several months after birth in chimp prefrontal cortex but only after five years of age in this region in humans. This fits with the fact that human children have a much more extended period of learning than apes, and indicate that our brains are being restructured in response to such learning for a far longer period.

The many differences identified in the patterns of gene expression in the human brain compared to that of the chimp complicates the process of trying to identify the key ones that underlie our unique attributes of consciousness and self-awareness. As such, there is increasing interest in identifying whether these large scale differences reflect alterations in a much smaller number of ‘master–controller’ genes that code for proteins that regulate other genes. One such protein is of interest both because it is a master regulator of synapse formation, and because its action was subtly different in Neanderthals, suggesting that delayed synapse formation was one factor distinguishing Homo sapiens from these proto-humans.

Until recently gene expression was thought to be only regulated by proteins. However, recent studies show that certain forms of RNA, DNA’s chemical cousin, also play a key role in this process. One such regulatory RNA, abundant in the prefrontal cortex of humans, but not of chimps, has been shown to be an important regulator of nerve stem cell proliferation. This is interesting since neurogenesis – the growth of new neurons from such stem cells – is important not just during embryonic brain development, but is increasingly being recognised as an important process in the adult human brain.

Such a reassessment of the importance of RNA as a regulatory molecule is only one way our concept of the genome is changing. So we are also recognising that far from being a fixed DNA ‘blueprint’, the genome is a complex entity exquisitely sensitive to signals from the environment. These so–called ‘epigenetic’ signals can affect genome function in a finely graded fashion like a dimmer switch, and even have a built–in timing mechanism due to the fact that different genome modifications can be reversed at different rates. All this makes this type of gene regulation ideally suited for involvement in the complex processes of learning and memory. And indeed recent studies have shown that interfering with epigenetic changes in brain cells has profound effects on memory and learning processes in animal models.

Perhaps most surprisingly the genome’s very stability is being called into question, with evidence that genomic elements called transposons, can move about, sometimes to the detriment of normal cellular function, but also acting as a new source of genome function. Intriguingly, the hippocampus, a brain region associated both with memory formation and forming new nerve cells through neurogenesis, is particularly prone to transposon activity.

Some scientists believe increased transposon activity could either change human behaviour allowing the individual to become more adaptable to a new environment, or alternatively increase the risk of mental disorders, depending on the particular environmental pressure. This would challenge the long–held idea that at the genomic level, all cells in an individual’s brain are essentially equivalent. Instead, an individual’s life experience may profoundly the genomes of different brain cells, and even identical twins may differ considerably in their brain function, depending on their particular experiences in life.

In studying how epigenetic information might be transmitted to the genome, the main focus has been upon adverse effects such as stress. So, a recent study showed that telomeres, the protective structures at the ends of our chromosomes, can shorten much more rapidly in some children exposed to extremely stressful situations. But there are also tantalising hints that more positive life events might have a beneficial effect upon the brain through an epigenetic route.

Most controversial is the question of whether epigenetic effects upon the genome can be passed down to future generations. In particular, the finding that effects of stress in mice can be passed on to offspring by a route involving regulatory RNAs that may originate in the brain, and travel in the blood to the sperm, suggests that the connection between the sex cells and the rest of the body, particularly the brain, may be more fluid than previously thought.

Such findings have led epigenetic researcher Brian Dias of Emory University, Atlanta, to recently say that ‘if science has taught me any­thing, it is to not discount the myriad ways of becoming and being’. All of which means that for those interested in the complex nexus of biological and social influence, even more exciting findings undoubtedly lie ahead.

John Parrington is Associate Professor in the Department of Pharmacology at the University of Oxford. A British Science Association Media Fellow, he has written for The Times, The Guardian and New Scientist, Chemistry World, and The Biologist. His most recent book is The Deeper Genome: Why there is more to the human genome than meets the eye.

The neuroscience of human consciousness [podcast]