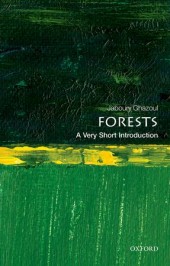 I used to climb trees when I was young (and I still, on occasion, do). As a boy in Iraq I had a favoured loquat tree, with branches that bore leathery, serrated leaves, shiny on the upper surface, and densely matted with fine hairs underneath. It seemed so big, though I now reflect it was probably rather small. I would haul myself up and over the lowest branch, making whatever use of the twists and folds of the trunk as provided purchase to my small feet. Standing atop the lowest branch provided a keen sense of achievement, and revealed new vistas of adventure further up. Penetrating the upper layers where branches were more plentiful was easier, but was accompanied by the excitement of increasing exposure. A buzz of excitement would envelop me, as did the leaves around me, on reaching the upper canopy. Comfortably ensconced within the sweep of a branch, I would remain perched for a good many minutes, on some occasions hours, surveying the passage of time below. People passed, oblivious to my gaze, though they interested me little. Far more exciting were spiders and ants that wandered across the trunk and leaves. Insects came and went. Birds fluttered in, cleverly exploiting holes in the netting that clearly failed to protect the fruits. They did not mind me much if I remained still and quiet. I began to create new worlds in that tree. On moving to Britain, still a fairly young boy, I did the same, though this time it was a tall weeping willow that became my second home. Resting my ear against the tree revealed strange sounds which to this day perplex me.

I am far from unique in my love of climbing trees. Most boys and girls do the same, and a good many adults trace their love of trees from their childhood ramblings within them. We have a strong sense of connection with trees which is often difficult to articulate. People readily hug or pat trees, but with no clear sense of purpose – it just feels good and right to do so. We display an affection and tenderness for trees that we might show for a friend or family member. Our societies also nurture deep seated reverence for trees and woodlands, which are often symbolic of our origins. Ancient woodlands captivate us, perhaps for the sense of continuity that they provide to our past. Trees are woven into the fabric of our folkloric literature.

While we cherish our trees and woodlands we also, paradoxically, exploit them for their timber, and clear them entirely to make way for fields, houses and roads. Industrial exploitation of woodlands for fuel, timber, and agricultural land has a long history. The Romans discovered to their cost that woodland clearance leads to soil loss and the siltation of harbours. In the centuries following the Norman conquests in Britain, forests became sources of wealth, and new forest laws secured exclusive access to those with power.

Trees became commodities, and the common folk were increasingly excluded from woodlands. As Europeans spread west into North and South America, forests with which they had no historical connection or familiarity were viewed as wasteland. On the American frontiers forests were imbued with a sense of malevolence, to be civilised and Christianised by settlement, cultivation and development. Tropical forests have suffered the same fate in recent decades, as our insatiable demand for raw materials and food turns ‘wasteland’ into productive land.

All the while many voices have spoken up in defence of forests. Plato in his dialogue Critias, as far back as 360 BC, bemoaned the loss of animals, the impairment of water supplies, and loss of soils that followed deforestation. In 1691 the botanist John Ray argued for the recognition of existential rights of all forms of life. In the late 19th century George Perkins Marsh railed against the ‘profligate waste’ in the destruction of North American forests. These early lone voices have now swelled to many millions across the world, each of whom celebrate the intrinsic biological and cultural values of woodlands, and are concerned about the destructive impact that human society is wreaking on forests. One particularly loud voice, and notable tree climber, must be Julia Butterfly Hill. In December 1997 she climbed to the top of a tall coastal redwood and stayed there for more than two years. She did so to protest reckless exploitation of forests, to protect the trees themselves from loggers. Her love of trees successfully stopped the continued destruction of the pristine ancient redwood forests.

Tomorrow, May 16th, is apparently, ‘Love a Tree Day’. We might express our love by patting or hugging a tree, or even climbing into its embrace. But how well do we know the objects of our affection? To love them better, and indeed to more effectively protect them, we should at least know who it is we profess to love. Our fascination of trees and woodlands is greatly enriched by understanding their identities, ecologies, and histories. Therefore, on May 16, rather than simply hugging a nearby tree, let’s also use the day to discover, explore, and learn about the trees and woodlands in our area, so that we might better care for them, and indeed love them all the more.

Jaboury Ghazoul is Professor of Ecosystem Management at ETH Zurich. He was Editor-in-Chief of the journal Biotropica from 2006 to 2013, and is President of the Association of Tropical Biology and Conservation in 2015. He is the author of Forests: A Very Short Introduction (OUP, 2015). He is also author of Tropical Rain Forest Ecology, Diversity, and Conservation (OUP, 2010).