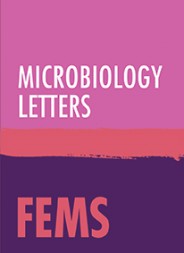 FEMS Microbiology Letters focuses largely on concise articles in all topics in microbiology, particularly those meriting urgent publication by virtue of their originality, general interest, and their contribution to new developments in their field.

It was a simple request: “Try and put the fun back into microbiology”. I was about to write a new practical course for first year students, and apparently there had been complaints that microbiology is just another form of cookbook chemistry. Discussions showed that they liked the idea of doing their own experiments without a pre-determined outcome. Of course, with living microorganisms, safety must be a major concern, and some control was needed to prevent hazardous surprises, but fun and safety are not mutually exclusive. Since Delft has a rich history of microbiology, repeating historically important experiments provided part of the solution. Old experimental descriptions are often vague, leaving the students plenty of scope for their own ideas while minimising the chance of undesirable organisms being found. Necessary fundamental techniques could easily be included.

The experiment took the students back to Antoni van Leeuwenhoek and the dawn of microbiology in the 17th century. In letters to the Royal Society and others, van Leeuwenhoek famously provided little information about his methods, and I therefore challenged the students to start with his results and conclusions, and work out how he had achieved them. We selected the 1676 experiment during which he soaked whole peppercorns in water in teacups and then used his single-lensed microscope to examine the water as it grew turbid. The description of the famous ‘pepper water experiment’ was the first time that bacteria had been described. The students were provided with different water from different sources (e.g. rain, canal, tap), pepper (black, white, whole, ground), modern growth media, and culture vessels. They then designed their own experiments to find out what Leeuwenhoek could have done to get his results, and what sorts of organisms were involved.

The students were very enthusiastic, and many visited their cultures in their spare time. After more than 10 years, the van Leeuwenhoek experiment has proved to be an excellent example of the currently popular “citizen science” mass experiments that can provide useful results, and we now know why he found certain organisms in some cultures and not others. However, it is not the experimental results that have been most interesting.  The students were expected to do some historical research for their reports, and many of them took this research more seriously than expected. Their indignation at what they found was both amusing and illuminating.

Firstly, it came as a shock to find that scientists, who they know only as very famous names, could argue quite venomously about ideas that are established fact today. Whether it was 19th century botanists trying to deny that photosynthesis produces oxygen or 17th century Royal Society members trying to claim that van Leeuwenhoek could not possibly have seen what he claimed (the poor man was reduced to supplying letters from his Parish Minister, Delft’s Mayor and other notable people to say that he was an honest man and had shown them his little animals), the students found it quite upsetting. I then asked them to compare their historical results to modern situations, and again they surprised me.

Although frequently ignored, historical science can be valuable as a teaching aid. Done with due attention to known information, it can also prove as informative about how things were done as current reality TV shows about how people lived in the past. Most of all, it can teach us to think about what we’re reading.

Dr Lesley A. Robertson,, FSB, is one of the authors of “van Leeuwenhoek, groots in het kleine” (Veen Media, 2014) and the forthcoming English version (Brill, 2016). After decades of research into the microbiology of sulphur and nitrogen in wastewater treatment, she is now the Curator of the Delft School of Microbiology Archive at Delft University of Technology and Handling Editor for the history of microbiology in the journal FEMS Microbiology Letters. This blog post is based on an article Dr. Robertson wrote for the journal, "Historical microbiology, is it relevant in the 21st century?" which you can read in full for a limited time. See the Delft School of Microbiology Archive website and blog for further details on Dr Robertson and her research.