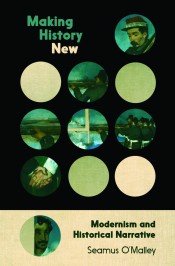 A perpetual lament of historians is that so many people get their historical knowledge from either Hollywood or the BBC. The controversies that surrounded Lincoln and Selma will no doubt reappear in other guises with the release of Wolf Hall, based on Hilary Mantel’s popular historical novel. Historical films play an outsize role in collective historical knowledge, and historians rightly bemoan the inaccuracies and misleading emphases of popular film and television; no doubt a generation of viewers believe that the Roman Republic was restored by a dying gladiator.

However, these reactions are somewhat misplaced. The problem with historical films is not so much the historical falsities, as it is the kind of narrative vehicle always deployed. Hollywood has a problem with form, not facts.

Historians, especially popular ones, feel comfortable launching factual critiques rather than formal ones because they themselves generally present their own research in prose narratives that depict the past as a settled issue. As most academic historians will insist, however, the past is a messier business than our clean narratives imply.

Popular historians, just like Hollywood histories, borrow heavily from the rich legacy of realism, especially what Roland Barthes termed the “reality effect” of realist discourse, the network of details and signifiers that are marshaled to give the illusion of immediacy (in the literal sense of “not-mediated”). Historians who tell us just how cold it was when Washington crossed the Delaware are deploying historical facts that perform the same function Austen’s description of a ballroom. No wonder some theorists of history dub mainstream historical narratives as “realist,” and that realist novels translate so well into realist cinema. The Victorian triple-decker maps wonderfully onto a long BBC mini-series, and even more impressively, a realist classic like Austen’s Emma can either work as historical comedy (Emma, 1996) or contemporary comedy (Clueless, 1995).

“Hollywood has a problem with form, not facts.”

Realism in fiction, cinema, and history has been so successful because of the unique pact it offers to readers and viewers. Realism is adept at hiding its own labor, which is why no mode is better at inducing a suspension of disbelief, for example during my binge watchings of Game of Thrones. In terms of history, however, such a pact has social costs: a reader immersed in a impressively rendered account of ancient Rome might feel like they are present at the stabbing of Caesar, but such an illusion implies that the past is a visitable place. It’s not. We can look at its postcards and souvenirs—the documents of a historical archive—but no plane will take us there. History is an affair of the present, a profession and occupation for historians, and a process of reading or watching for the rest of us. For a population raised on historical realism, the dilemma is not so much factual as procedural, as viewers and readers are rarely granted access to the laborious and fractured work of historical reconstruction.

If the mode of realism moves so fluidly between fiction, cinema, and history, but proves socially worrisome for historical transmissions, then we might look to a mode that has not had much success in either film adaptations or historical appropriation: modernism. Why does Austen work so well on the screen, but never Woolf or Proust? For one thing, the plots (but not narratives) of Mrs. Dalloway or Swann’s Way are hopelessly dull: woman goes for walk and buys flowers for a party; boy cries and goes on a walk and then later takes another walk. (The only successful translation of modernism to screen remains Francis Ford Coppola’s Apocalypse Now, which demonstrates the extent to which one must violate a work such as Conrad’s Heart of Darkness.) Historical narrative has also been modernist-averse. Historians have had no trouble borrowing from Balzac or Tolstoy, but leave Joyce and Mann to their experiments.

What would a work of modernist history even look like? We could list some examples from creative historians, but let’s see what happens in cinema when modernism and history collide. Michael Winterbottom’s 24 Hour Party People (2002) is a history of the Factory label, which for a brief time made Manchester the world’s music capital. (Some might quibble with my use of the word “history” here, but us Joy Division fans will insist on the gravitas of the material, and that the Factory story is equal to the fall of Rome.) Rather than employing a realist mode, Winterbottom shows us the seams of his work, his-story. British comedian Steve Coogan plays Factory head Tony Wilson, but in one scene Wilson himself has a cameo in which he disagrees with the portrayal of the events of the scene. This is history, but history as argument, not as a settled case. Ir is small wonder that when Winterbottom opted to adapt a work from the English literary canon, the result was Tristram Shandy: A Cock and Bull Story (2005), which is a film about the making of a film based on the novel, which is a narrative about constructing a literary narrative. Viewers coming away from Winterbottom, I’ll argue, will have more productive discussions and arguments about history than those watching standard historical recreations. Instead of picking out factual elements that, if just fixed, would provide a perfect history, Winterbottom viewers debate the very process of narrative construction itself. Such a debate is modernism’s great legacy.

Seamus O'Malley is Lecturer in English at the Stern College for Women at Yeshiva University and the coeditor, with Sara Haslam, of Ford Madox Ford and America. He is author of Making History New: Modernism and Historical Narrative.