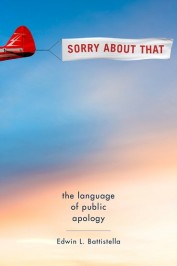 Last month marked the 100th anniversary of the Federal Trade Commission, the regulatory agency that looks after consumer interests by enforcing truth in advertising laws. Established by the Federal Trade Commission Act of 1914 and signed into law by President Woodrow Wilson, the FTC opened its doors on 16 March 1915, taking the place of the older Bureau of Corporations.

The FTC got off to a rocky start. In its early years, it was underfunded, hobbled by in-fighting among the commissioners, and was challenged regarding its mission to combat “unfair methods of competition.” In time, the commissioners came to view deceptive advertising as a means of unfair competition, falsely attracting customers from one’s competitors. But the courts were not always sympathetic to this idea. In 1925, the Third Circuit Court took a caveat emptor approach in the case of John C. Winston Co. v. Federal Trade Commission. The Winston Company offered consumers free encyclopedias but required buyers to pay $49.00 for “encyclopedic and research services.” The court wrote that “a very stupid person might be misled by this method of selling books, yet measured by ordinary standards of trade and by ordinary standards of the intelligence of traders, we cannot discover that it amounts to an unfair method of competition.” In order words: let the buyer beware.

By the 1930s, consumers were getting more protection from “free” offers like the so-called Standard Education Society. Targeted consumers were told they had been chosen by an elite group to receive a deluxe edition of the New Standard Encyclopedia; they were even asked if their names could be used in advertisements. Again, the encyclopedia was free but ten-year supplements (a required “loose leaf extension service”) had a charge of $69.50, which is more than $1000 in today’s money.

The Second Circuit rejected the FTC’s claim of unfair trade practices, with Judge Learned Hand writing, “We cannot take seriously the suggestion that a man…will be fatuous enough to be misled by the mere statement that the first are given away and that he is paying only for the second.” The Supreme Court reversed that opinion, with Justice Hugo Black writing that “Laws are made to protect the trusting as well as the suspicious…The rule of caveat emptor should not be relied upon to reward fraud and deception.” Not long afterward, the Wheeler–Lea Act of 1938 formally broadened the FTC’s powers to include protecting consumers from false advertising.

There was still more to be settled about the hidden conditions of “free gifts.” In the 1950s, the Book-of-the-Month Club published advertisements that had the word “FREE” in large print at the top, offering a featured book at no cost to those who joined. The very fine print at the bottom explained that members were obligated to “purchase at least four books-of-the-month a year” or be charged the full price of that initial free book. The FTC told them to stop using the word “free” and when the book club challenged that, the Second Circuit Court agreed with the FTC. Later, in the 1960s, the FTC and the courts took on the “buy-one-get-one free” strategy. It was paint, not books, this time. In the case Federal Trade Commission v. Mary Carter Paint, the Supreme Court affirmed that an advertiser could not promote a “buy-one-get-one free” offer if the total price was greater than the regular price for the individual item.

Current FTC guidelines stress that “free” means the consumer is paying nothing for the item in question and no more than regular price for any accompanying purchases. The guidelines also explain that special conditions—the fine print—must be “set forth clearly and conspicuously.” The FTC does more than just monitor “free” offers of course. Today, it investigates all sorts of unfair, deceptive, and fraudulent practices in the marketplace, from car dealership practices to cigarette warning labels, to fake dating profiles and wireless phone service cramming.