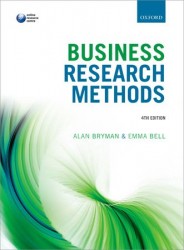 “I think I’ve just got an exclusive interview with the new Royal Bank of Scotland chief executive Stephen Hester.” These were the words I told my editor after a couple of years in the newspaper game. He was obviously pleased.

This is the kind of thing editors constantly want from reporters: an ability to dig out a story or to see something not everyone else will spot. It’s a cliché and can be applied to a whole range of careers, but in a way, a newspaper is only as good as its journalists.

So I guess now you might be thinking where this fits in with Oxford University Press. It does—honestly, it does.

Well, for starters, the worlds of publishing and journalism are exciting ones. Very rarely will you find jobs where the belief in the product is higher. As a reporter, you believe you break the best stories (particularly the ones other papers don’t get) and that your readers generally believe in what you write and the overarching concept and mission of a regional or national newspaper (otherwise, why would they read it or buy it?).

Likewise, in publishing, we believe we have the best books out there in our various fields and that people not only believe in the book itself (the content) but have some sort of settled faith that it represents the best of the subject, purely because of the identity of its publisher.

So how does a journalist interviewing politicians, sportsmen, and other apparently cultural icons fare when it comes to getting the best of OUP’s Higher Education publishing out into the market? Quite well I’d like to think.

You see, the key skills are not much different. An understanding of the audience (academics or news consumers), a knowledge of what makes that person tick (an academic’s belief in books or the reader’s taste for a great story), an ability to get them to part with information (academics provide module info while a subject in a newspaper story tells you how their life has been marred by a multi-scale credit card fraud), and a strong belief that you can use what that person gives you to do your job well (sell books more efficiently or write an exclusive front-page story as a result of an interview).

The crucial difference, I guess, would be that my job at Oxford University Press doesn’t require me to go and speak to the wife of Colin McRae the day after her husband died in a helicopter crash (thank goodness). Nor does it ask me to get into a conversation with David Cameron at a charity event about a quote to do with spending cuts (once again, thankfulness here).

What it does require of me, though, is a knack for taking new information, downloading it to my brain, and asserting confidence when it comes to talking to some of the country’s biggest brains. And that’s not bad.