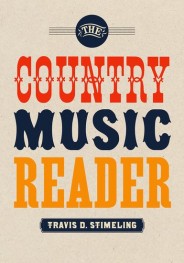 At least a decade prior to the recording of the first “hillbilly” records in the 1920s, journalists were writing about rural music-making in the United States, often treating the music heard at barn dances, quilting bees, and other rural social events as curious markers of local color. Since the emergence of country music as a recorded popular music in the 1920s, though, the press’s fascination with the genre has not waned. Writers for mainstream national publications, music trade publications, and fan magazines alike have not only documented the genre’s rich history in the United States and abroad, but also captured prevailing attitudes about the genre. Surveying nearly a century of writings on country music, it becomes clear that the press’s interest in the genre has focused on three primary topics: (1) the lifestyles of leading country recording and broadcasting stars, (2) the business of country music, and (3) country music’s place in American culture.

Almost from the outset, the lifestyles of country singers fascinated radio listeners and record buyers. A 1938 essay by journalist Paul Hobson, for instance, presents a profile of songwriter and internationally-known artist Carson Robison, who prefers outdoor work on his ranch in Poughkeepsie, New York to life in the songwriters haven of Manhattan. Similarly, in a 1955 feature in Country & Western Jamboree, writer Murray Nash profiles honky tonk singer Kitty Wells, who is perhaps best known for her 1952 recording of the feminist anthem “It Wasn’t God Who Made Honky Tonk Angels.” Nash neutralizes her strong female character by describing her as “the best wife and mother in the business.” Rolling Stone contributor Vanessa Grigoriadis’s 2009 profile of Taylor Swift similarly works to break down the celebrity façade of the internationally recognized country-pop superstar by describing Swift’s “very pink, very perfect life.” Taken together, it becomes clear that journalists have played an essential role in establishing a country artist’s personal credibility in a genre that prides itself on its relevance to “common” people.

Just as journalists work diligently to cast country musicians as people just like you and me, they have also demonstrated a strong interest in the riches that could be gained from musical practices that were often described as unsophisticated. Just a few short years after the first hillbilly recordings were made, Talking Machine World, a publication that was read widely by audio enthusiasts and industry insiders alike, explored “what the popularity of hill-billy songs means in retail profit sensibilities,” suggesting that public “desire for something different… can be taken advantage of by both the popular publisher and record maker.” An oft-cited 1944 Saturday Evening Post essay by Maurice Zolotow similarly points to the profits garnered by a wartime “hillbilly boom” that witnessed some recordings selling more than a million copies. Many of these reporters seemed to be flabbergasted by country music’s widespread popularity and the profits that it generated, but one might just as easily read a sort of American rags-to-riches story into their descriptions of country music’s transition from a vernacular music to a commercial one.

Country music’s origins—or, at least, perceptions of those origins—play an equally important role in the ways that journalists discuss the genre’s place in American society. For some commentators, such as Musical America contributor Linton K. Starr, country music was the product of “untutored” rural people who spun yarns and lived simple lives of rural bliss (although one of the fiddlers profiled in the piece, Fiddlin’ John Carson, was a resident of metropolitan Atlanta at the time). For Washington Post contributor George F. Will, country music’s strong association with the white rural working-class would make the emergence of African American country singer Charley Pride in the late 1960s seem to be a noteworthy anomaly: “Your basic country music audience is white, and disproportionately rural and southern. You would not think of it as a promising audience for a black man.” When Kyle Ryan, writing about the millennial alternative country movement for Punk Planet in 2005, the rise of “hot country” music—as heard in the work of Garth Brooks, Shania Twain, and others in the 1990s—was a threat to country music’s authenticity, a threat that demanded an “alternative” form of music that was “more traditional than mainstream country music.”

Country music journalists have played a central role in shaping discourses around the genre. As documentarians, they have captured prevailing attitudes about country music aesthetics, politics, and economics, among other subjects. As editorialists, they have argued about country music’s place in contemporary society, as well as the place of its audiences in American culture. Journalistic essays serve as one valuable tool in helping us understand country music’s complex musical and social histories.

Travis D. Stimeling is an Assistant Professor of Music History at West Virginia University. He is the author of Cosmic Cowboys and New Hicks: The Countercultural Sounds of Austin's Progressive Country Music Scene (2011) and has published widely on American music topics. He is author of The Country Music Reader (2015).