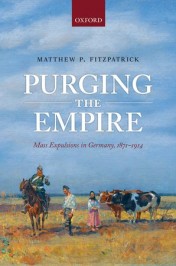 The recent attacks on Charlie Hebdo, the siege in Sydney, and the Canadian parliament attack have heightened fears of the type of home-grown security threats that had been realised earlier in the July 2005 London bombings. Looking to the future, security agencies and governments have warned grimly of battle hardened jihadists returning home from Middle Eastern and North African theatres of war. For better or worse, robust internal security, heightened surveillance, and preventative law enforcement targeting suspect individuals and communities have been presented as unavoidably necessary for democratic states the world over. But in searching for security, these liberal democracies are now confronted with difficult questions about how to provide public safety and state security within the framework of the rule of law. If there are enemies within, how can they be dealt with while still preserving the civil liberties and rights of all citizens? Can the state zero in on a particular segment of the population without actively and illegally discriminating against them? One particularly thorny issue is what to do about those returning from jihadist wars. Can they be stripped of their citizenship and barred from re-entering their old homeland? Is citizenship a privilege to be revoked at will, or does the state have a responsibility to all of its citizens, no matter how unsavoury? Do seemingly exceptional times permit legally exceptional measures?

While the reality of today’s terrorist violence has upped the stakes, these legal dilemmas are not new. Prior to World War I, European states also tussled with the dilemma of what to do with citizens they suspected of disloyal or treasonous intent. One of the central preoccupations of nineteenth century Germany, for example, was what to do with elements of the population viewed as internal enemies of the state, so-called Reichsfeinde. The communities coming under suspicion then might seem surprising today; Catholics, socialists, French, Danes, and Poles. Individuals from these groups who weren’t citizens were simply expelled from the country, but for those who had the rights of a citizen, the situation was far trickier. Germany prided itself on its reputation as a state governed by the rule of law, and the law explicitly forbade capricious measures like expelling citizens. How could a constitutional state find legal ways to put pressure on its internal enemies?

To deal with these domestic threats, German authorities had to be far more inventive, using a host of strictly speaking legal but nonetheless punitive measures to harass suspect populations. Irredentists Danes in the North with German citizenship were targeted for economic ruination; French-speaking Germans were shifted out of their jobs in the militarily sensitive railways of Alsace-Lorraine; Protestant German colonists were sent to dilute the Polish complexion of the east; Jesuits were banned from the Catholic Ruhr; and socialists were pushed out of Berlin, Hamburg, and Leipzig into the countryside. New laws were passed and existing laws were reinterpreted to allow for new repressive uses. The custodians of the German Rechtsstaat sought safety not by side-stepping the law, but by passing and enforcing coercive laws that affected broad segments of the population, in the hope that the actual targets of the laws would be amongst the number affected.

Did these rather blunt internal security measures work? No. In fact, all of this was highly counterproductive. The attitude of Germany’s Danes, Poles, and French towards the German state hardened after being targeted by these legal forms of oppression, while both the socialist and Catholic political milieux went from strength to strength as a result of the experience of being suppressed. Frustrated in particular by his lack of success against the socialists, Bismarck even sought to have their citizenship revoked in the hope of forcing a definitive reckoning with those he saw as dangerous revolutionaries. But this didn’t lead to the destruction of German socialism, but to Bismarck’s own political downfall. The German constitutional state, flexible enough to offer its own forms of legally sanctioned persecution, always baulked at attempts to use unlawful or exceptional measures, despite the air of crisis that surrounded them. Even the measures they did take did little except alienate the broader population.

In their willingness to use violence to pursue their political goals, the jihadists of today are unlike the perceived threats of nineteenth-century Germany. Yet the response of constitutional states bears a remarkable resemblance to these earlier measures. No rolling state of exception or martial law has been declared. Instead, new laws are passed and old ones have been retooled to deal with newly arising threats. Now, as then, the constitutional state, governed by law, has found its own ways to apply pressure to its domestic enemies. Bespoke law, some of it good, some of it horrifying, has stretched but has not severed the commitment to legal and constitutional limits. Warts and all, the liberal constitutional state has shown itself capable of mounting its own stiff defence.

Matthew P. Fitzpatrick is an Associate Professor of International History at Flinders University. He received his PhD from the University of New South Wales and is the author of Purging the Empire: Mass Expulsions in Germany, 1871-1914 (2015) and Liberal Imperialism in Germany: Expansionism and Nationalism, 1848-1884 (2008).