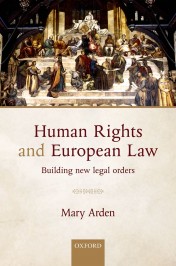 Shortly after it emerged in the 1980s, surrogate motherhood was dealt a severe blow in France by a decision of the Cour de Cassation, its highest civil court. In 1991, it ruled that an agreement entered into by a woman to conceive, bear a child, and relinquish it at birth, albeit for altruistic reasons, was contrary to the public policy principle of unavailability of both the human body and civil status. This prohibition was confirmed in the Bioethics Act of 1994 and enshrined in the Civil Code as a regulation which is “a matter of public policy,” i.e. belonging to a category of mandatory rules created by the state to protect fundamental values of society and from which citizens have no freedom to derogate.

In the last few years the issue of legalizing gestational surrogacy has resurfaced for many reasons. First of all, there is growing demand for autonomy, particularly with regards to individual life choices. There is also a persistent specific demand from women whose infertility is related to congenital malformation, cancer surgery, postpartum hemorrhage, or exposure to Distilbene. Last but not least, people can turn to international surrogacy in the United States or in countries such as Ukraine and India where specialized clinics operate for foreigners. But when they return to France with children conceived in this way, substantiating ties of filiation is not straightforward.

Today, the prohibition of surrogate motherhood is supported by a majority of French citizens. It is justified by ethical concerns regarding the child, the surrogate mother, and society as a whole.

Recent decisions in French courts illustrate the complexity of enforcing this prohibition in a globalized world. They deny both adoption and recognition of children born abroad to surrogate mothers. The rule is to recognize what is legally done in other countries, except if it appears to be against fundamental principles. For instance, a divorce obtained in another country is considered valid except if it is a result of repudiation. Following this pattern, the Cour de Cassation decided that it was against one of these principles to register a child under the name of a woman who did not give birth to him; in the Mennesson case in 2008, it ruled that the transcript of the birth certificate of a child born to a surrogate mother in California was unlawful even though the child had obtained his birth certificate there and was a US citizen.

Then came the case of a same-sex couple who had travelled to India to get a child through surrogacy. The “mother” had an Indian name and the biological father had issued a declaration of paternity; the court again refused to register the birth certificate, basing its decision on French citizens being unable to go abroad to circumvent French surrogacy laws.

Of course, the Cour de Cassation took into consideration the best interests of those children. Even though the child’s filiation is not recognized in France, as he had a foreign birth certificate, he was not prevented from living in France with the couple and had the same rights as other foreign children regarding school and healthcare. Had the judges accepted de facto a surrogacy performed abroad, it would have been inconsistent with its strict prohibition in France. Moreover, were the child’s best interests to be considered paramount, child abduction and trading could well be justified in some extreme circumstances, making other international conventions, such as The Hague Convention on Adoption, inapplicable and obsolete.

Today, the prohibition of surrogate motherhood is supported by a majority of French citizens. It is justified by ethical concerns regarding the child, the surrogate mother, and society as a whole.

…it is highly plausible that some surrogates are acting entirely of their own free will, but it is still wrong for society to accept a form of alienation, however voluntary.

Firstly, children may be psychologically at risk in such transactions. Ignoring or denying the effects of pregnancy and the mother-child relationship on the child’s future could well be damaging for him or her as well as for the intended parents; and children could become commodities traded as merchandise between surrogate mothers and infertile couples.

Secondly, even aside from the physical risks of pregnancy, the gestational mother is exposed to two dangers: becoming attached to the child and suffering from the separation after birth, since she knows that, for her, childbirth will mean an end rather than a beginning. France is also concerned about the fact that there is an inherent social division in this practice: surrogate mothers are usually from lower economic backgrounds and can be economically exploited in this transaction.

Thirdly, surrogacy could threaten the symbolic image of women (“Marianne” is the female symbol of the Republic) and the principle of human dignity that enjoys constitutional recognition. In France, dignity is often regarded as an obligation that individuals owe themselves to remain worthy of their human condition. Individuals are free to decide what constitutes their own dignity provided the dignity of others is not harmed.

While it is highly plausible that some surrogates are acting entirely of their own free will, it is still wrong for society to accept a form of alienation, however voluntary.

Still, in the wake of a recent ruling of the ECHR in the Mennesson case, read on 26 September 2014, France may well be poised to recognize international surrogacy. The Court decided that although France had not violated the right of the commissioning parents and of the children to respect for family life, a violation of the child’s right to respect for their private life (article 8) had occurred. France had gone beyond its margin of appreciation by refusing to recognize under French law children who had French biological fathers: it is extremely interesting that the decision of the Strasbourg court is based on “the importance of biological parentage as a component of each individual’s identity”. This means that France is not forced to automatically recognize any kind of international surrogacy.

The government did not announce new measures to comply with this decision. It is politically easier to wait until another judicial complaint is made and see how the Cour de Cassation reflects the new direction set by the European Court.

Indeed, legal choices are extremely difficult to make: an ideal solution would be to enforce the intention of the French legislator to ban surrogacy while ensuring children do not suffer from discrimination on account of their parents infringing the law. Unfortunately, one struggles to see how to recognize some situations legally established abroad without paving the way for sordid human trading, ultimately leading to so-called “ethical surrogacies” in our country.

Judge Claire Legras, Conseiller d’Etat, is a member of the French national committee on bioethics (CCNE).

First they came for Josh Blackman: why censorship isn’t the answer [video]