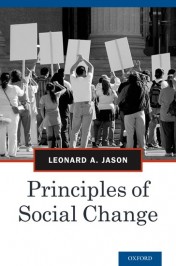 On 10 February 2015, the long awaited report from the Institute of Medicine (IOM) was released regarding a new name — Systemic Exertion Intolerance Disease — and case definition for chronic fatigue syndrome (CFS). Because I was quoted regarding this report in a New York Times article, in part due to having worked on these issues for many years, hundreds of patients contacted me over the next few days.

The reaction from patients was mixed at best, and some of the critical comments include:

Several individuals were even more critical in their reactions — suggesting that the Institute of Medicine-initiated name change effort represented another imperialistic US adventure, which began in 1988 when the Centers for Disease Control changed the illness name from myalgic encephalomyelitis (ME) to chronic fatigue syndrome. Patients and advocacy groups from around the world could perceive this latest effort to rename their illness as alienating, expansionistic, and exploitive. The IOM alleged that the term ME is not medically accurate, but the names of many other diseases have not required scientific accuracy (e.g., malaria means bad air). Regardless of how one feels about the term ME, many patients firmly support it. Our research group has found that a more medically-sounding term like ME is more likely to influence medical interns to attribute a physiological cause to the illness. In response to a past blog post that I wrote on the name change topic, Justin Reilly provided an insightful historical comment: for 25 years patients have experienced “malfeasance and nonfeasance” (also well described in Hillary Johnson’s Osler’s Web). This is key to understanding the patients’ outrage and anger to the IOM.

So how could this have happened? The Institute of Medicine is one of our nation’s most prestigious organizations, and the IOM panel members included some of the premier researchers and clinicians in the myalgic encephalomyelitis and chronic fatigue syndrome arenas, many of whom are my friends and colleagues. Their review of the literature was overall comprehensive; their conclusions were well justified regarding the seriousness of the illness, identification of fundamental symptoms, and recommendations for the need for more funding. But these important contributions might be tarnished by patient reactions to the name change. The IOM solicited opinions from many patients as well as scientists, and I was invited to address the IOM in the spring regarding case definition issues. However, their process in making critical decisions was secretive, and whereas for most IOM initiatives this is understandable in order to be fair and unbiased in deliberations, in this area — due to patients being historically excluded and disempowered — there was a need for a more transparent, interactive, and open process.

So what might be done at this time? Support structural capacities to accomplish transformative change. Set up participatory mechanisms for ongoing data collection and interactive feedback, ones that are vetted by broad-based gatekeepers representing scientists, patients, and government groups. Either the Chronic Fatigue Syndrome Advisory Committee (that makes recommendations to the Secretary of US Department of Health and Human Services) or the International Association of ME/CFS (the scientific organization) may appoint a name change working group with international membership to engage in a process of polling patients and scientists, sharing the names and results with large constituencies, and getting buy in — with a process that is collaborative, open, interactive, and inclusive. Different names might very well apply to different groups of patients, and there is empirical evidence for this type of differentiation. Key gatekeepers including the patients, scientists, clinicians, and government officials could work collaboratively and in a transparent way to build a consensus for change, and most critically, so that all parties are involved in the decision-making process.

Leonard A. Jason is a professor of clinical and community psychology at DePaul University, director of the Center for Community Research, and the author of Principles of Social Change.